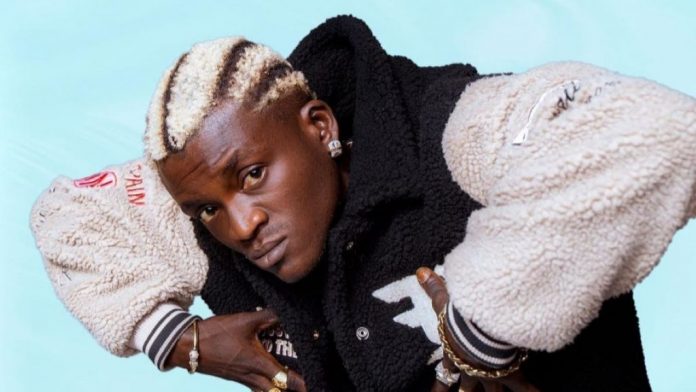 The organisers of the Headies Awards in Nigeria have disqualified rapper Portable after he allegedly made death threats against fellow nominees.

Portable is now out of the running for the Rookie of the Year and Best Street-Hop Artist categories, which he was shortlisted for when this year’s nominees were unveiled in May. Born Habeeb Okikiola, Portable is best known for the 2021 song ‘Zazu Zeh’.

A statement signed by the secretariat of the awards says the rapper was deemed unfit for this year’s awards following “a series of misdemeanours on his social media platforms.” The organisers added that Portable’s actions sought to bring the scheme’s name into disrepute.

On 25 May, shortly after nominees were announced, Portable took to social media to threaten harm and death to other acts he was going up against and the scheme should he lose out on the awards.

“Those are my awards,” Portable said. “Anybody else who wins, I will ask for them to be killed. I will ask them to kill the person. If the organisers give my award to someone else, they will die”.

Hours after organisers threatened to disqualify Portable for those statements, the musician apologised. But later, on 18 July, Portable shared a video in which he claimed to be the founder of a cult group.

“Smooth Promotions Limited, the organisers of the Headies Awards is a law-abiding and responsible organisation that abhors any form of violence, unlawful gathering or activities ravaging our society,” the statement said. “We shall not condone reckless and uncouth statements from artists and hereby disassociate ourselves from any individual linked to such assembly or activities including Mr Okikiola’s prospects as long as these acts are sufficiently linked to him as described.

“The music industry demands all-round excellence. It is extremely important for young artists, being potential role models, to exude professional responsibility, proper decorum and have respect for others.”

Meanwhile, Portable has reacted to the news of his disqualification, saying he does not regret his actions.

This year, the ceremony will be heading to the Cobb Energy Performing Arts Centre in Atlanta from 2 to 4 September, making it the first time the event will be happening outside of Nigeria. 2022’s most-nominated acts include Wizkid with 10 award selections, Tems and Ayra Starr with eight apiece, and Davido and Adekunle with seven each.