The PhD of Hon. Kennedy Agyapong 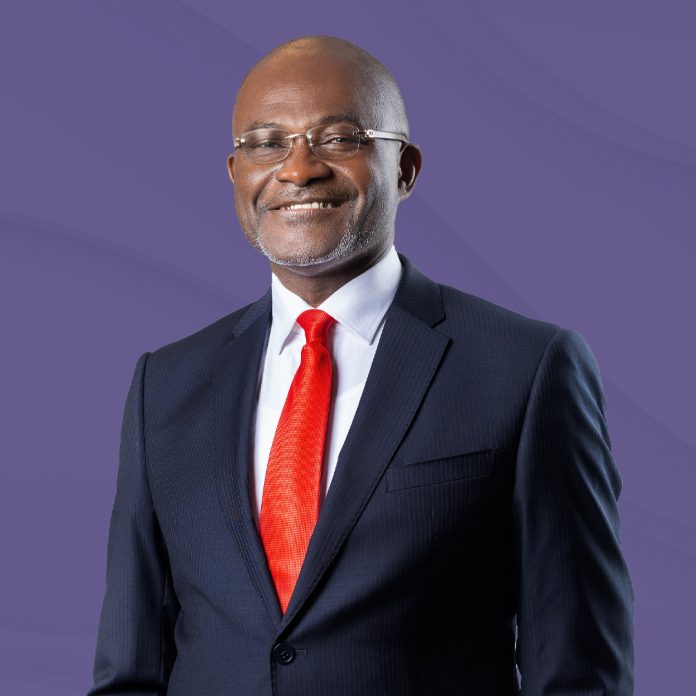 The abbreviation for Doctor of Philosophy is PhD. It is derived from Greek words that imply “love of wisdom.” It was the phrase classical scholars used to refer to inquiries into the concepts of life, truth, thought, and emotion.

The doctoral degree has been regarded as the pinnacle of achievement in the academic field for many hundreds of years. The first doctorate degree was granted in Paris in the 12th century. In 1861, Yale was the first institution in the United States to award a doctoral degree; Harvard quickly followed suit. In Ghana, the first scholar to obtain a PhD at the University of Ghana is Professor Francis Agbodeka, Professor of History.

A PhD is an essential part of the knowledge economy and the new ‘fuel’.

The Member of Parliament for the Assin Central Constituency, Hon. Kennedy Agyapong, also, aspiring to become president of Ghana, has posited that the initials “PHD” stand for his fundamental principles underpinning his vision for building this country, Ghana.

Speaking on Accra-based NET2 Television two days after the NPP National Delegate Conference, which was held at the Accra Sports Stadium, Hon. Kennedy Agyapong referenced himself as ‘Ken Agyapong, the ‘PHD’.

The aspirant holds the opinion that nation-building depends on more than just statistics, the economy, the balance of payments, and international relations. Instead, the basis for economic growth and advancement is her citizen’s degree of patriotism, honesty, and discipline: PHD.

In the years following the end of the Second World War, there was a rise in the number of nationalist movements and political activism in Africa, which ultimately led to the independence of many countries, including Ghana.

Patriotism, however, can be a difficult factor to measure and quantify, yet researchers continue to create statistical models and surveys with the goal of determining the world’s most patriotic country.

A recent Gallup poll released on the eve of Americans Independence Day and fireworks revealed that fewer than 4 in 10 (38%) of adults said they were “extremely” proud to be Americans, the lowest ever measured by Gallup, since 2001.

Nonetheless, according to WIN/Gallup International, Morocco and Fiji emerged as the countries with the highest rate of patriotism in the world with a rate of 94%. (Worldatlas, 2022).

Perhaps, the only times Ghanaians rally behind the nation is when the national team, the Black Stars, are in a crucial football match. Football has become the sole source of national pride.

Unfortunately, the enthusiasm for football is gradually becoming a political tool that political parties use to count their successes and promises.

Yet, love for one’s country is undeniably a virtue that instills in people a sense of loyalty and a desire to cohabit peacefully with others, regardless of their religious beliefs and political affiliations. It was quite refreshing that former Black Stars player, Sulley Muntari who was cited for misconduct at the 2014 World Cup held in Brazil by the handlers of the national team, had reflected on his past conduct and apologized to the nation. In his letter of apology, Sulley said Ghana has a special place in his heart and he will forever be indebted to the country and all the fans who have supported him from the beginning. He empathized his readiness and availability to play for the Senior National Team whenever invited, even to be on the bench. This act of patriotism and sense of nationalism by citizens are essential components of nation-building.

One of the key challenges we face today in the country is incorporating truth and honesty into our daily lives. Dishonesty is pervasive in all aspects of modern-day Ghanaian life, from the presidency to the classroom, contributing to a general atmosphere of low integrity.

Not long ago, the country celebrated Kwesi Ackon, a taxi driver and member of The Church of Pentecost, for demonstrating a high level of honesty and integrity, having returned an amount of GHS 8,400.00 he found in his taxicab to the owner. Ghanaians rejoiced over him because he displayed a gesture that has all but disappeared from our culture.

Research has shown that if a country successfully applies truth and honesty to social life, it achieves peace, tranquillity, and advancement. This principle of honesty, perhaps, is what Hon. Kennedy Agyapong would want to revive and instill in our daily lives.

“Discipline” comes from the Latin term “Disciplina,” meaning administration, rule, education, practice, instruction, and trained condition. Literally, discipline is living by rules. It’s public self-control and this control is voluntary. It’s inner-directed. Discipline should be spontaneous and not slavish submission to authority.

The world is impressed by the Japanese’s exquisite manners and discipline. If you would recall at the just-ended Olympics games, the Japanese football fans meticulously cleaned up their stands in each match, win or lose. Fans, equipped with huge garbage bags they carried with them, marched along the rows cleaning up trash in order to leave the area as clean as they found it.

For the Japanese, discipline is fundamental and must be instilled in children at an early age. According to psychologist Valeria Sabater, discipline is valued more than intelligence in Japan. The Japanese methodology of 5S (Seiri, Seiton, Seiso, Seiketsu, and Shitsuke) is a masterclass approach to instilling discipline in children.

There is little room for debate regarding the level of lack of discipline that exists in Ghana today. Discipline is lacking in practically every part of our life, particularly on our roads. Most people do not follow traffic rules, respect police officers, community police assistants, and vice-versa, dispose of garbage anyhow, and construct speed rumps indiscriminately without recourse to authority and law.

But according to the philosophy of Hon. Ken Agyapong, high discipline is the footing upon which nations build their strengths. Discipline means responsibility. Discipline is necessary for progress. Discipline fosters personal growth and economic success. It must emphasize, however, that punctuality and discipline go hand in hand. Punctuality is another key to discipline that most Ghanaians often lack. The late Vice President Alhaji Aliu Mahama was noted for his punctuality, and it was reported that he delivered his speech to virtually empty chairs and immediately left the function because the organizers and patrons were late. Being punctual does not only mean keeping to a strict schedule and arriving on time always. To be punctual means to have a strong purpose, to direct oneself toward a goal, and to accomplish that target.

It is with every conviction that I agree that Ghana will be a far better place with a high level of Patriotism, Honesty, and Discipline instilled in our daily lives and culture. The new philosophy of PHD initiated by Hon Kennedy Agyapong is a worthy campaign that merits our support and commitment.