The Privileges Committee of Parliament will meet today to discuss the report against Kennedy Agyapong. 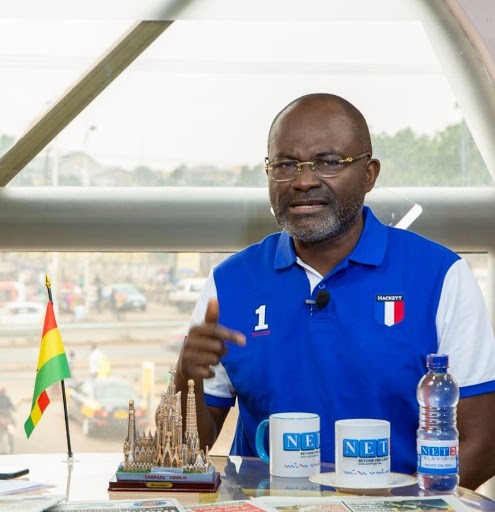 The Privileges Committee of Parliament will meet today to discuss the report against Kennedy Agyapong.

The Privileges Committee of Parliament is expected to hold a crucial meeting today [Monday, July 26, 2021], to fashion out modalities for its inquiry into alleged misconduct by Assin Central Member, Kennedy Agyapong.

The outspoken MP is said to have threatened the life of a journalist, Erastus Asare Donkor, following the Journalist’s claims on the coverage of the military brutality that occurred at Ejura in the Ashanti Region.

Citi News sources say the Committee Members are already divided on whether their hearings should be conducted publicly or in-camera.

This, among other issues, is expected to be settled at Monday’s meeting.

Mr. Agyapong came under fire two weeks ago for threats he allegedly made against Erastus Asare Donkor, a journalist with Luv FM in Kumasi.

He called for the reporter to be beaten following the latter’s testimony before the committee that probed the disturbances at Ejura in the Ashanti Region.

The mother company of Luv FM, Multimedia Group, has already petitioned the police over the issue.

The Ghana Journalists Association has also called out Mr. Agyapong recalling similar comments made by the MP before the killing of Ahmed Suale, an investigator on Anas Aremeyaw Anas’ Tiger-Eye PI team.

Speaking on the floor of Parliament, Mr. Afenyo-Markin, who has served as legal counsel for the Assin Central MP in a similar invitation to the Privileges Committee, described his colleague’s conduct as a slip.

“The media is not our enemy. We are not enemies to ourselves. Sometimes we slip,” the Deputy Majority leader said.

“What is important is for us to take steps or remedy, or resolve when these things happen. We are all human,” he added.

Mr. Afenyo-Markin indicated that Mr. Agyapong has been engaged regarding the incident, adding that “I have received very positive responses from him, and I have no doubt in my mind that steps will be taken to deal with the matter, so there won’t be the need to go into the long haul.”

The Member of Parliament for Assin Central has already called the bluff of Parliament over the matter and says he does not care if he’s expelled.

He says he is disappointed in the Member of Parliament for Tamale North, Alhassan Suhuyini, for dragging him before the Privileges Committee.

Mr. Agyapong in an interview on his radio station, Oman FM, used some unprintable words at the Tamale MP, and also the Multimedia group.