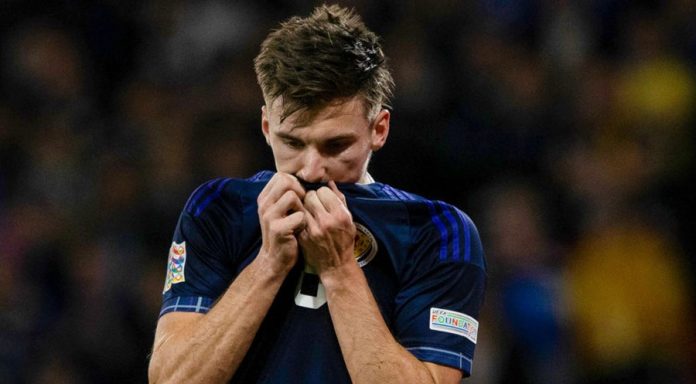 Injured Scotland defenders Kieran Tierney and Scott McKenna have withdrawn from the squad ahead of their Nations League decider against Ukraine on Tuesday, the Scottish FA said.

Scotland, whose captain Andy Robertson was already missing through injury, have called up Barrie McKay and Stephen Kingsley as replacements.

Scott McTominay is suspended for the game in Krakow, Poland.

McKenna suffered a knee strain in Scotland’s 2-1 win over Ireland in the Nations League on Saturday, while Tierney sustained a head injury.

Scotland lead Group One in League B with 12 points from five games, two points ahead of second-placed Ukraine. They will win the group if they avoid defeat, while Ukraine need three points to finish on top.