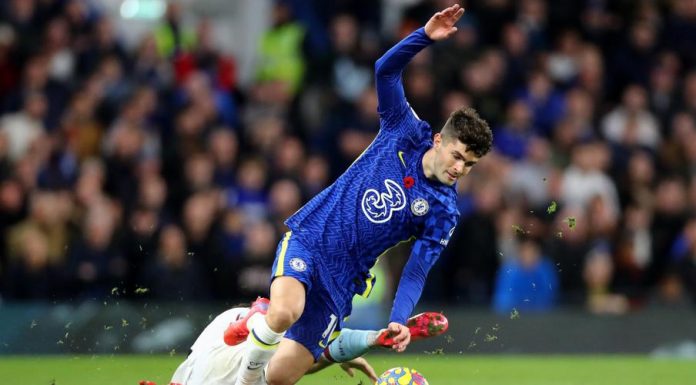 Chelsea manager Thomas Tuchel hopes Christian Pulisic and N’Golo Kante return from the international break unscathed as he says the pair are not 100 percent ready despite being called up by France and the United States.

Kante has just returned from an injury layoff, playing 85 minutes for the league leaders in their 1-1 draw with Burnley at the weekend, while Pulisic has played only four times in all competitions this season due to an ankle injury.

“We’ve prepared them over the last two weeks for us but also they (are) free to go to their national teams and hopefully get the minutes that elevates them to a higher level when they come back, if they do not get injured,” Tuchel told reporters.

“This is a constant balance and we have no control over it. So I’m always a bit frightened.”

Tuchel said he hoped US team management would be “responsible” and not overuse Pulisic, 23, when they take on Mexico and Jamaica in World Cup qualifiers.

“He absolutely wants to come back, but it’s a matter of pain management, not re-injury or being still injured,” Tuchel added.

“It’s just that it’s still painful. But he tried so hard and wanted desperately to come back and we needed him to come back. But yes, we are a bit worried.

“Hopefully … he doesn’t get carried away with emotion by helping his country to win a super important match. Hopefully it all goes well and the minutes will elevate him and he comes back stronger.”