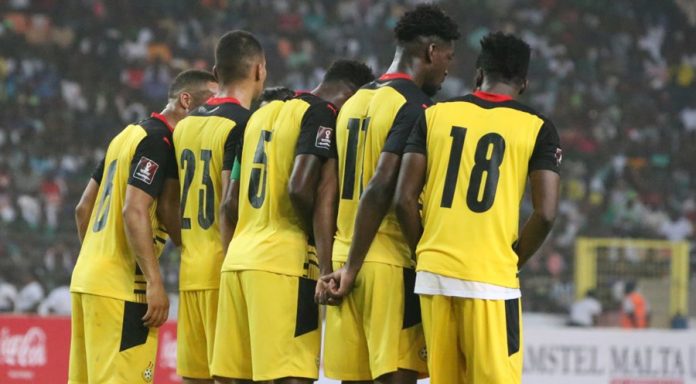 Ghana were held to a 1-1 draw by the Central Africa Republic (CAR) in a Group E match at the Estádio 11 de Novembro, Luanda in Angola.

Karl Namnganda cancelled out Mohammed Kudus’ opening goal and the Black Stars of Ghana remained at the top of the group standings, while CAR remained third on the table.

A Group E encounter between Madagascar and Angola also ended in a 1-1 a draw with Njiva Rakotoharimalala opening the scoring for the former, but Gelson levelled matters.

The stalemate at the Mahamasina Municipal Stadium in Antananarivo left Madagascar’s Barea and Palancas Negras of Angola placed fourth and second respectively in the group standings.

At the Obed Itani Chilume Stadium in Francistown, Tunisia were held to a 0-0 draw by a resilient Botswana side in a Group J encounter.

Tunisia, who hit the woodwork twice during the match, remained at the top of the group standings and the Zebras of Botswana remained third on the log.

While Egypt secured a hard-fought 1-0 win over Guinea in a Group D game at the Cairo International Stadium with Mostafa Mohamed scoring a late winning goal in the 87th minute.

The Pharaohs of Egypt are placed second in the group standings and Guinea’s National Elephants are placed fourth with one game played.

At the Bingu National Stadium in Lilongwe, Frank Mhango’s brace inspired Malawi to a 2-1 victory over Ethiopia in another Group D match.

Therefore, the Flames of Malawi are placed at the top of the group standings, while Ethiopia’s Walia Ibex, who scored through Abubeker Nassir, are placed fourth on the table.