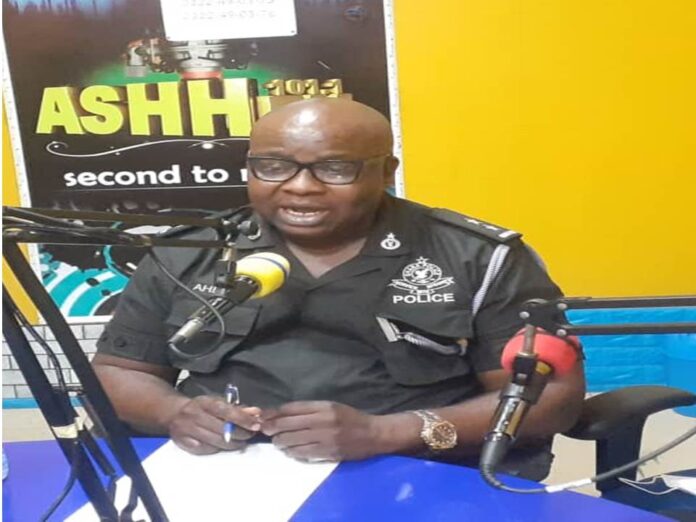 The Ashanti Regional Police command has refuted media reports that suggest the region is in a state of insecurity following recent increase in crimes and violent.

According to the command, section of the media houses have been exaggerating in their reportage on the security situations in the region which the regional police command is not happy about.

However, admitting that there have been series of crimes in the region, ASP Godwin Ahianyo said the police have been in control of the security situation and it is not that alarming as some Medias houses report it to be.

He admonished the media to double check their facts before broadcasting or publishing.

ASP. Ahianyo told Oderfour Qwasi Kay, host of the show that, the command is still in control of the security situations and has been able to arrest some suspects and culprits who are perpetrating crimes in the region.

“ I will like to state emphatically that , It is not true that there is growing sense of insecurity in the  region, the regional command is in control , those speculating should stop, Kumasi and Ashanti Region are  safe.’’  He stated

He reassured residents of protecting them against unlawful incidents within the Ashanti region.

ASP Ahyianyo further disclosed that the Regional Police command has re-strategize their operations to curb the illicit manners.