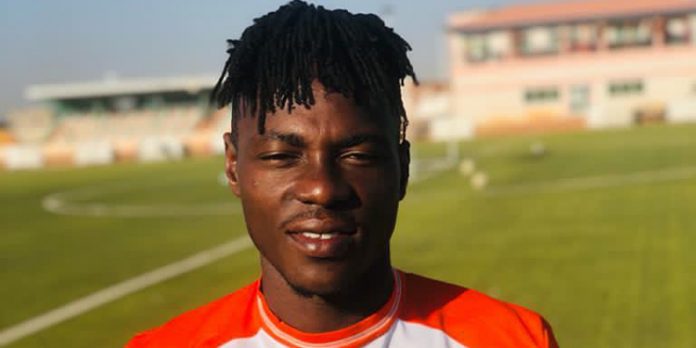 Ashantigold opponents for the CAF Confederation Cup, Salitas FC are confident of advancing to the next stage of the competition ahead of the GPL outfits, after the two clubs were paired during Monday’s draw to face off in the preliminary stage.

Speaking to Kumasi based Ash FM, Salitas FC left back Polo Nartey assured qualification for his side against their opponents of his native land, despite acknowledging the pool of talented footballers Ghana produces.

Polo Nartey, 25, began his football career at New Edubiase United in the second division in the year 2009 before traveling to Congo to join Association Sportive (AS) Otoho. He has spent a season with the Burkinabe side, and now looks forward to lead them to put the Miners’ hopes of progress in the continental campaign in jeopardy.

Below is the full transcript of Nartey’s interview with Ash FM:

“I am a left-footed player and currently wearing number 25 jersey at Salitas FC. This is my first year in this team but I have a lot of experience in this league. I was very happy when I heard we are going to play against Ashgold.

I know Ghanaians to be the best when it comes to football, they play good football and we also play good football too so it will be very exciting and interesting playing with a team from Ghana in the shape of Ashanti Gold. We just got the news yesterday (Monday, November 9) so my teammates and my technical directors are yet to ask me anything about Ashgold.

I have known Ashgold to be one of the best teams when I was in Ghana but for now, I don’t know their players and the team. We are good at all aspects of all football systems being used in football. We have played 10 games so far and we have scored About 15 goals and am not sure of the goals conceded. We have good players like Nino who wears our  number 10,  Rashid Kulebale who wears 25 Jersey and Barry who wears the number 5 jersey.

The team doesn’t have a problem when it comes to money since I arrived here.

We will surely qualify ahead of Ashgold”