Why take my money if you don’t respect my hustle? – Showboy slams 4Syte TV CEO Ignace 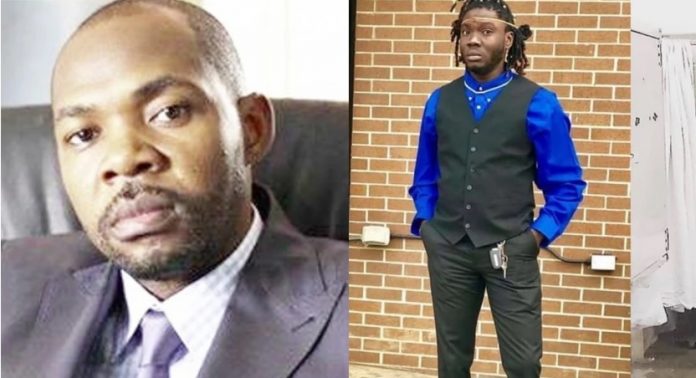 Ghanaian artiste, fashionista, and CEO of 2Hype Gang Worldwide, Showboy, also known as Showbezzy, has cried out from prison about the numerous sabotage he is facing in the Ghana music industry.

He cited non-support of his craft even on a paid basis and the fact that many colleague industry players are envious of his brand and success, thereby sabotaging him.

One of the persons he figured out in his post made on Facebook was 4Syte TV’s CEO – Ignace Hugo.

According to Showboy, Ignace charged him outrageous amount of money for his music videos to be premiered on their platform and as well do a couple of interviews.

Also, he said Ignace’s expensive charges of artistes for their visuals to be played on his TV are causing a collapse of the industry.

The ‘Sankofa’ hitmaker also pinpointed that with his hard work over the past year under review, his music video deserves nominations at the MTN 4Syte TV Music Video Awards.

Unfortunately, he was considered in the list of nominees at this year’s award edition.

He added that he strongly believes his “Nyame Dada” hit song for instance deserved a slot in their MTN 4SYTE TV MVAs but his submission was not considered.