‘You can practice LGBTQ in your bedroom, we can’t allow it in our society’ – Nii Lante 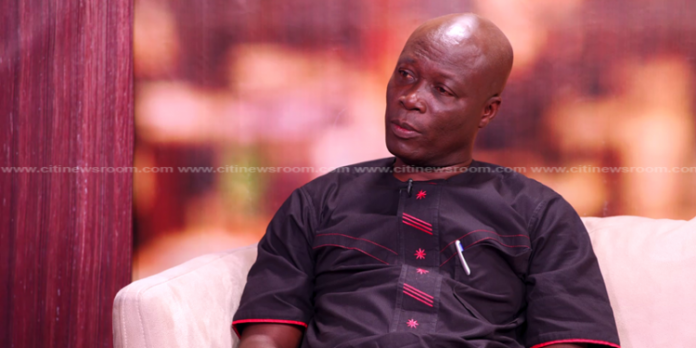 The Member of Parliament for Odododiodio, Nii Lante Vanderpuye, is the latest legislator to throw his weight behind the anti-LGBTQ+ bill.

Mr. Vandepuye on Eyewitness News said his opposition against the bill is legitimate, given that Ghana’s norms and traditions do not condone LGBTQ+ activities.

“I support it 100%. A lot of my constituents support it although that behavior is pervasive in my area. I have been chosen as the leader of my people so anything that is an affront to the norms and traditions of my people, I will talk about it.”

“My interest is not just because I want people arrested. My interest is to stop this negative and antiquated behavior. I do not know which Ghanaian culture is LGBTQ. It is an attitude people pick up. I do not know where they pick it up from because it is not part of our culture. I am saying you can do that in your bedroom, but we will not allow that into our society” the legislator said.

“Just yesterday [Monday], I reported a profane song to the Police. The song which is called oy3 s3k3, [meaning you are insane in Ga], makes people go naked when it is played. Guys and girls go naked and dance.”

“We will not allow a man to marry a man and a woman to marry a woman. The Chiefs are seriously against it. They have said if the bill is not passed, I should not come back to the constituency.”

Parliament is currently receiving memoranda on the anti-LGBTQ+ Bill ahead of the house’s resumption later in October.

While data indicates that most Ghanaians are in favor of the Bill, it has faced criticism from renowned artists and academics.

The Bill prescribes that people of the same sex who engage in sexual activity could spend up to 10 years in jail.

Varying forms of support for the LGBTQ+ community will also be criminalized if the bill, known as the Promotion of Proper Human Sexual Rights and Ghanaian Family Values Bill 2021, is passed into law.

It has, however, generated some widespread conversation, with many expressing varied views about some clauses in the document.

But following the heated conversations amidst pressure on Parliament to pass the bill, there have been speculations that MPs who support the bill may be denied some privileges from members of the international community.

In the memorandum, they contend that the Bill is an “impermissible invasion of the inviolability of human dignity.”

They further argued that pushing through the Bill will be to challenge Ghana’s constitution and democracy.

The Majority Leader, Osei Kyei-Mensah-Bonsu also assured that Parliament would not be pressured by international relations to go against Ghana’s interests.

He cited Article 40 (a) of Ghana’s constitution as “the driving principle that should underpin our international relations.”

“In its dealings with other nations, the government shall promote and protect the interests of Ghana,” Mr. Kyei-Mensah-Bonsu quoted from the constitution.