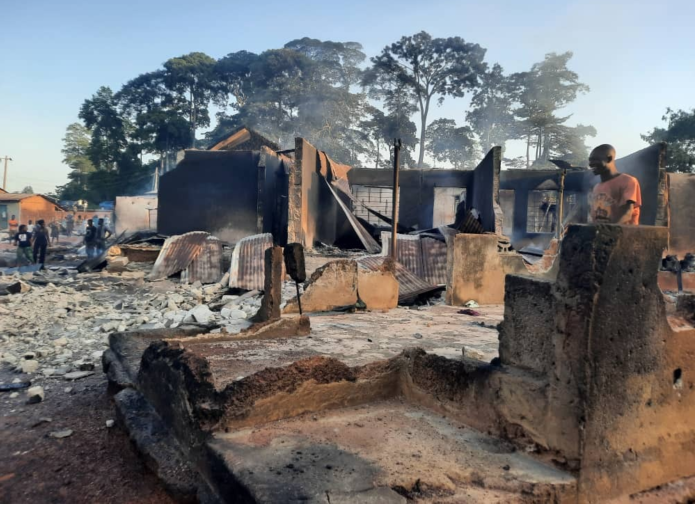 Three children are missing after a tanker explosion swept through Onyinanufo in the Ahafo Ano South East District in the Ashanti Region.

Three lives, including those of the tanker driver, his mate and a year-and-half baby, who was sleeping at the time of the incident, were lost.

The fire, which swept through the community, destroyed seven homes.

Kwame Asare, who was drying his cocoa at the time of the incident, was narrowly missed by the tanker.

He said the diesel tanker in tough speed lost balance and drove into a parked Ford Transit Van before it caught fire.

Seth Adu, who is recovering from a stroke, is the father of the toddler who was killed in the incident.

He was outside his home with the toddler sleeping at the time of the incident.

Mr Adu said because of his condition he was unable to carry his son.

It took the fire service to control spread of the inferno.

At the time of the incident, many were out on their farms leaving their wards who had returned from school.

The children run into bushes and other communities for safety.

Meanwhile, the National Disaster Management Organisation has been to the scene to assess the damage.

Together with the District Assembly, some arrangements were made for the affected persons to pass the night.