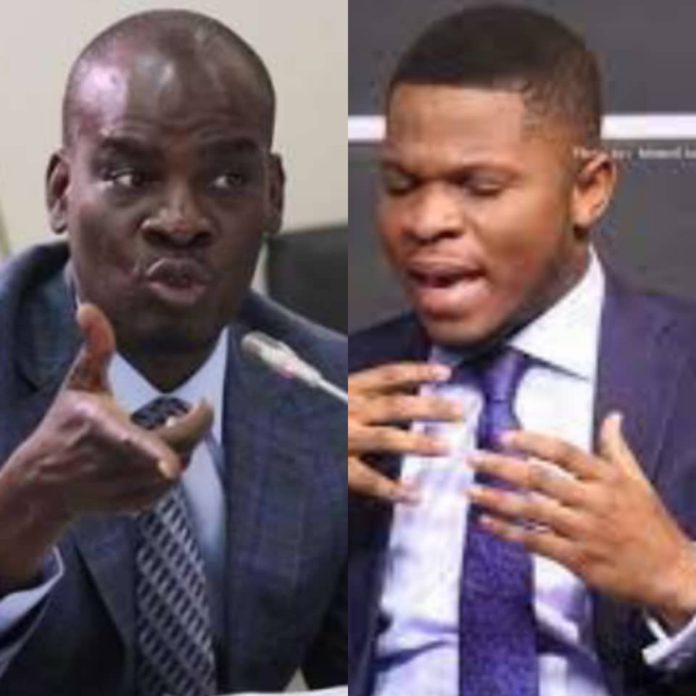 The Minority Leader in Parliament, Haruna Iddrisu, says he holds no grudges against Sammy Gyamfi, the Communications Officer of the National Democratic Congress (NDC).

He told Evans Mensah, host of JoyNews’ PM Express on Monday, that he is unfazed by the harsh criticism and allegations leveled against his Minority-led Caucus.

“I have been National Youth Organiser of the party. I just didn’t become a Minority Leader. I have been Member of Parliament for Tamale South, a seat I hold strongly and dear, and I will continue to preserve and protect it for the NDC even if I decide to whistle out in the foreseen future.

“I bear no grudge in my heart against any person, and I don’t go to bed [with grudges]…You’ve heard people talk a lot about Haruna…there have been some abuses and insults…mine is that time is a better and fairer judge,” the Tamale South MP said.

Early this year, Mr Gyamfi accused the Speaker and Minority MPs of “brazenly defying the party’s leadership and betraying the collective good for their selfish interest,” during the approval of President Nana Akufo-Addo’s ministerial nominees.

Responding to that, Mr Iddrisu said: “Internal party wrangling and internal adversities should not affect the provision of leadership, and I am determined to provide whatever leadership I can.”

The Minority Leader said that he considered attempts by some individuals to impugn his integrity for failing to ensure that some of the nominees the NDC proposed not to be approved are carried out.

The Tamale South MP admitted that the Minority Caucus fell short of the expectations of, especially NDC loyalists but not the law in the approval of the ministerial nominees.

“What I appreciated in my engagement with the grassroots party members which is one of the lessons that I have learnt as Minority Leader is to tell you in the face, Haruna what we expected you to do even if you are losing; lose in honour and dignity.

“When you have 137, and you go and get any number below that for the NDC followers, that is disappointing. It means that you are not able to hold together. I take responsibility for that,” he indicated.

He further stated that history will be kind to him, at least for proposing and getting Alban Bagbin as Speaker in an evenly divided Parliament.

Mr Iddrisu, however, said the NDC Caucus in Parliament is united and focused on holding President Akufo-Addo to account to the people of Ghana.