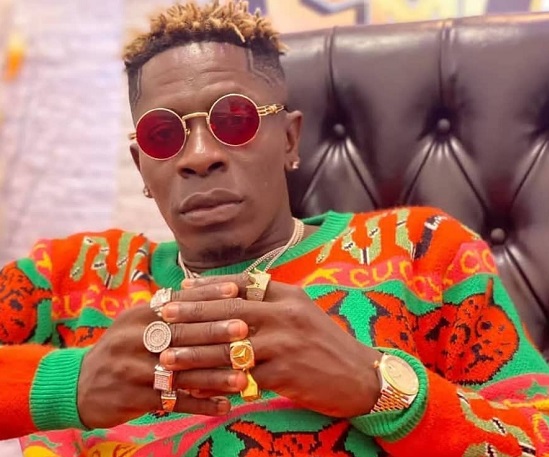 Dancehall artiste, Charles Nii Armah Mensah, known in showbiz as Shatta Wale, has rendered an apology publicly to the Project Manager at Oswal Investment Limited, Kenneth Acquah, for allegedly ordering some persons to physically assault him and other road construction workers.

This comes after Mr. Acquah threatened to take legal action against Shatta Wale if he fails to apologise publicly for assault and defamation.

According to the Project Manager, Shatta Wale ganged up with some persons believed to be his boys to attack them for preventing him from using a road, which was under construction at Adjiringanor, East Legon.

Shatta Wale however denied the allegation that he had assaulted the road contractor and his employees.

But in a sudden U-turn, the controversial artiste has been seen in a video gone viral, publicly apologising to the contractor in what looks like a desperate attempt to avoid being sued as the contractor had threatened.

He has also made some posts on his social media handles to communicate the apology.

Shatta Wale in apologising for how things happened, said, “I believe that there is some news circulating around about me having a fight with some contractors. The man in question is my dad, my friend, somebody that I always wanted to meet and it is so unfortunate that things had to happen this way, but I also want to say sorry to Kennedy for everything that happened, and I believe he will also find a place in his heart to forgive me because it’s Ghana, and we are one people, and that’s how we need to live. Anything that has happened, I believe God will take care of the rest.”

Shatta Wale also debunked reports suggesting that he paid the contractor an amount of $4 million to fix the road which he failed to do.

“To all the bloggers saying I have given some contractor 4 million dollars, I believe you should stop circulating false news because I haven’t given anyone that amount of money. I just want us to live in peace and harmony, and I thank everyone and I just want to apologize to anyone I have hurt.”

Mr. Acquah earlier told a group of media personalities that Shatta Wale was expected to report to the East Legon police station on Tuesday, June 1, 2021, to give his statement.

The Divisional Commander at the East Legon Police station, Mr. Kwame Gyasi confirmed the case was under investigation.

He also debunked earlier reports by some bloggers that claimed Shatta Wale had paid the constractors an amount of $ 4 million to work on the road. Mr. Acquah said his company (Oswal Investment Limited) has no dealings with the dancehall star.

According to him, Oswal is a credible Ghanaian-owned engineering and construction company that does quality works in collaboration with the Ministry of Road and Highways, and hardly deals with individuals.