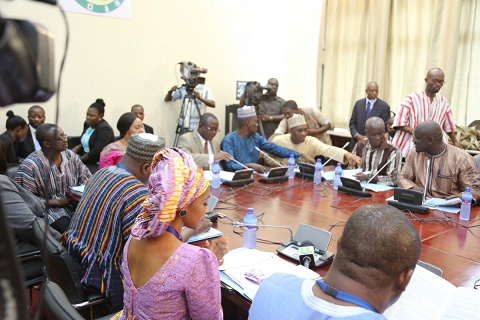 The Appointments Committee of Parliament will later today, Wednesday, June 2, 2021, begin the vetting of the President’s nominees for the positions of a Minister of State and 39 Deputy Ministers.

The scheduled public hearing, which will end on Tuesday, June 15, will begin at 10:00 am each day.

The nominees are expected to demonstrate their readiness to serve the nation.

President Akufo-Addo submitted the list of nominees to the Speaker of Parliament on April 21, 2021.

Ten of the nominees are women.

A number of Ministers also maintained their portfolios from President Akufo-Addo’s first term, including Abena Osei-Asare at the Finance Ministry, Mohammed Amin Adam, William Owuraku Aidoo at the Energy Ministry, Osei Bonsu Amoah at the Local Government, Decentralisation & Rural Development and Tina Mensah at the Health Ministry, among others.

Meanwhile, Parliament has published the timetable for the vetting.

First to be vetted by the Appointment’s Committee is the Minister of State-designate for Finance, Charles Adu-Boahen.

Deputy Ministers-designate for Energy, Finance, Food and Agriculture and Railway Development will have their turn on Thursday, June 3, 2021.

Read the schedule of the vetting below; 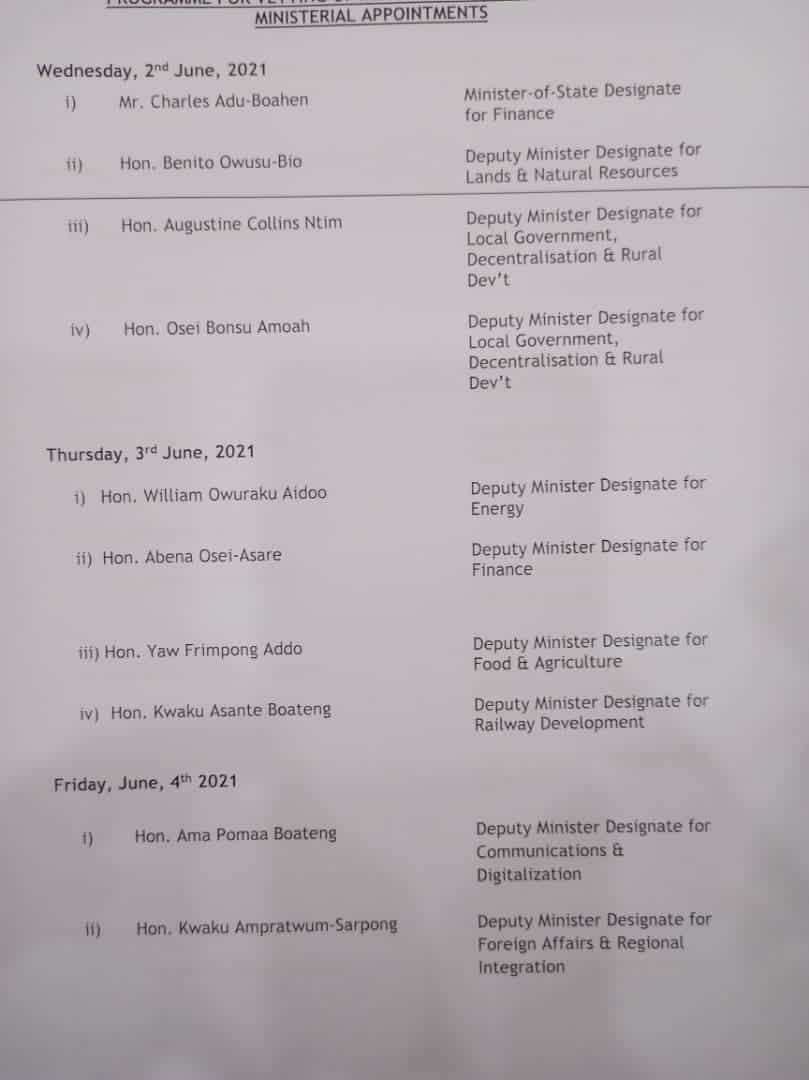 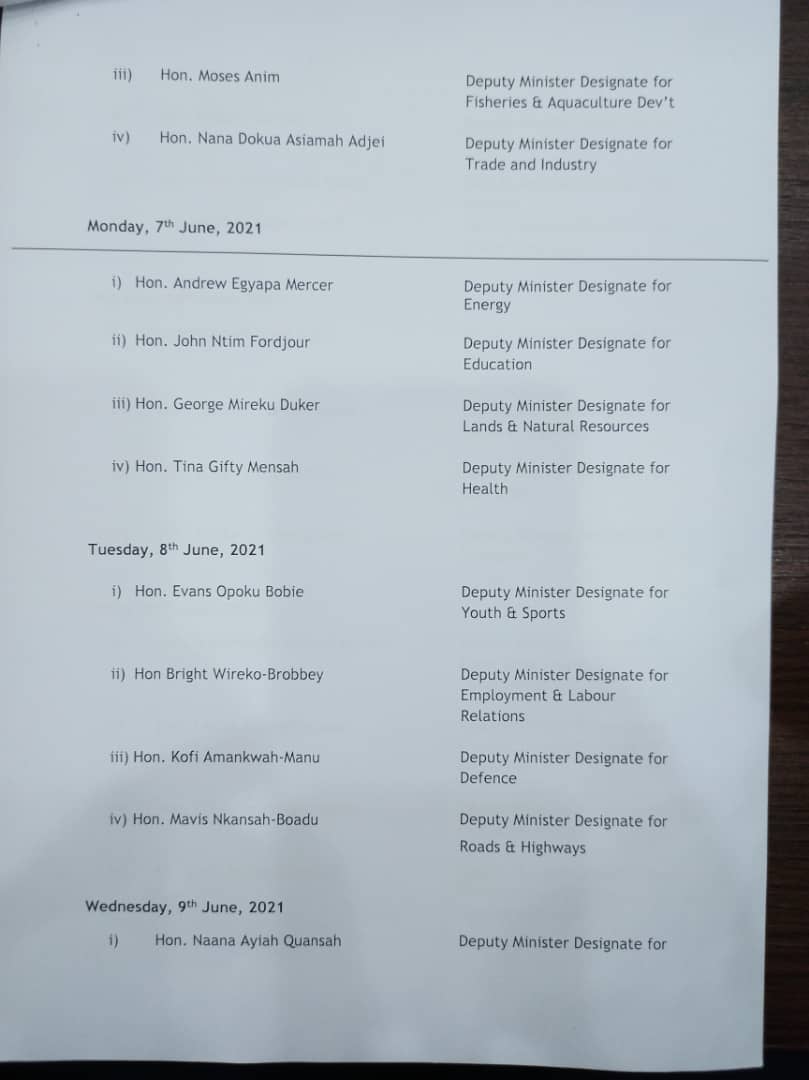 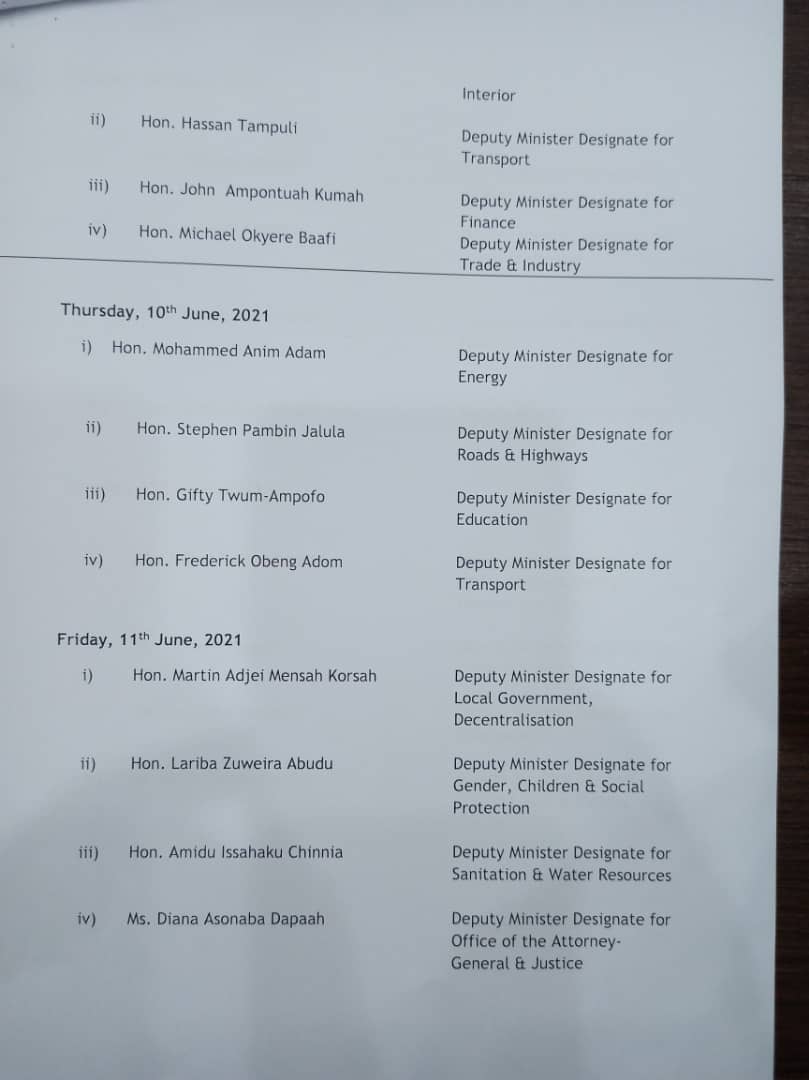 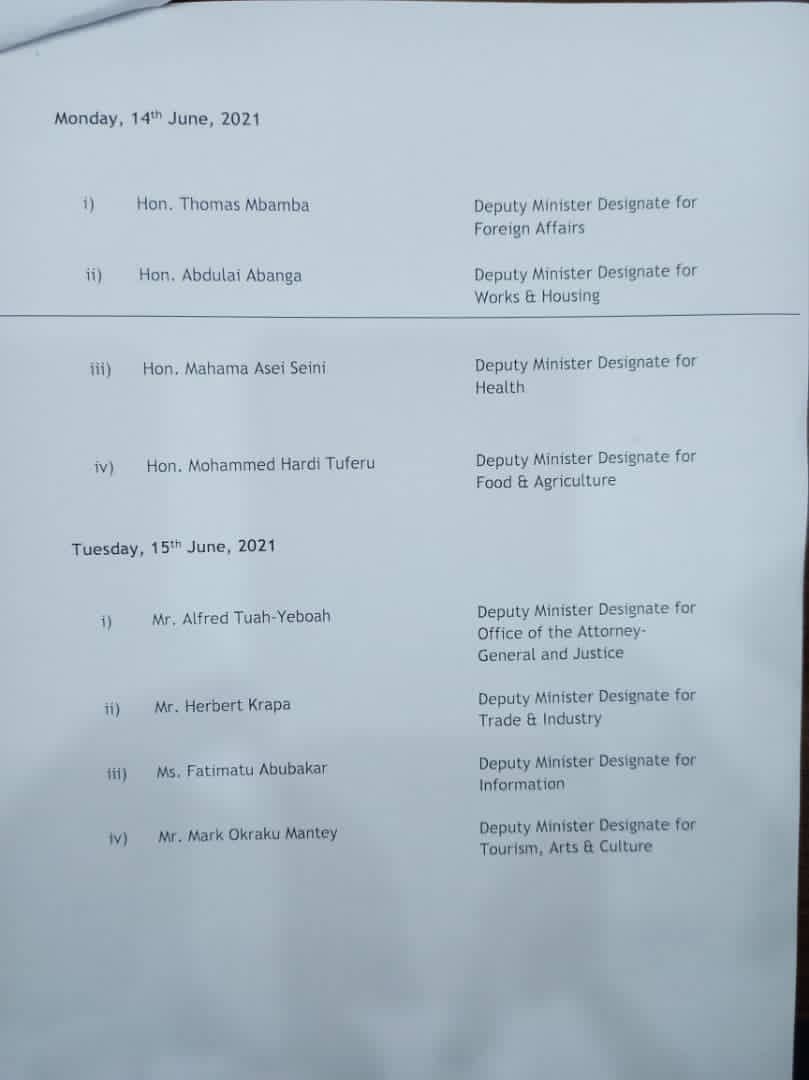