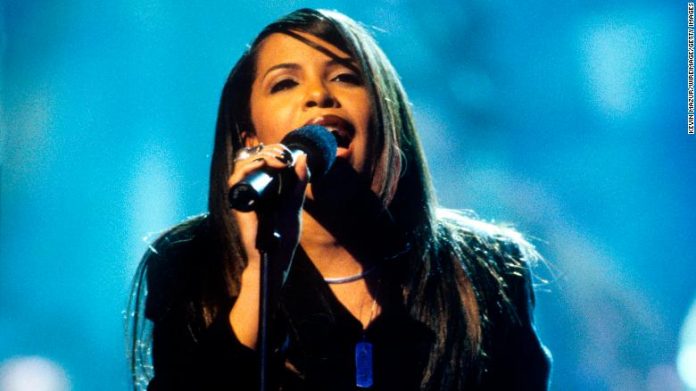 Friday marked the re-release of five-time Grammy-nominated superstar’s studio album, “One In A Million,” which hit streaming services.

The singer, who was born Aaliyah Dana Haughton, died August 25, 2001, at the age of 22 in a plane crash that also took the lives of eight others as they traveled back from filming her music video in the Caribbean.

Fans have long complained about the lack of availability of her music. Her catalog is now being re-released for the first time in years to be available across streaming platforms via a partnership with Blackground Records 2.0 and EMPIRE.

It is all happening amidst a backdrop of a seeming battle to control her legacy.
The original Blackground Records, which released a majority of Aaliyah’s music, was owned by the late singer’s uncle and former manager, Barry Hankerson, who is also overseeing Blackground Records 2.0.

Aaliyah’s estate recently shared a statement on their verified Twitter account which began “Protecting Aaliyah’s legacy is, and will always be our focus.”

“For 20 years we have battled behind the scenes, enduring shadowy tactics of deception with unauthorized projects targeted to tarnish,” the estate wrote. “We have always been confused as to why there is such a tenacity in causing more pain alongside what we already have to cope with for the rest of our lives.”

“This unscrupulous endeavor to release Aaliyah’s music without any transparency or full accounting to the estate compels our hearts to express a word — forgiveness,” the statement continued.

Aaliyah came to prominence in the 1990s with several hits including “Back & Forth,” “Are You That Somebody?” and “Rock The Boat.”

“One In A Million” was her sophomore album and featured music with her longtime collaborators, Missy Elliott and Timbaland as well as rapper Slick Rick and others.
In celebration of Aaliyah’s catalog coming to the platform, Spotify updated their “This Is Aaliyah” playlist.