Pacquiao eyes Philippine presidency as he fights for boxing crown 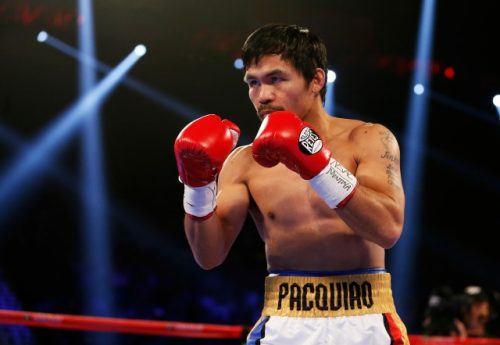 Manny Pacquiao, the eight-time world boxing champion and senator of the Philippines takes on Cuban Yordenis Ugás in Las Vegas on Saturday night in a high-stakes fight that could kick-start his campaign to be his country’s next president.

While 42-year-old Pacquiao has been focusing on politics over the last two years, reclaiming his former boxing title as the welterweight champion of the world would serve as a reminder to Filipinos of the rags-to-riches life story of a man who won their hearts – and votes – during his athletic prime.

“After the Las Vegas fight will be the biggest fight of his life in May of next year, and if he wins [over Ugás], it will only add more mileage and inspire the people more to support him.”

The Philippines goes to the polls to choose a new president to replace self-styled tough guy Rodrigo Duterte in May 2022, and while Pacquaio has yet to say so himself, his intention is to run for the top job has long been an open secret.

“He’s all set to run. He’s been eyeing that for some time, and he just wants to finish this boxing match. He told me to tell everybody categorically that he’s going to run,” Puentevella said.

Until recently, Pacquiao was well-positioned for a presidential bid. He became the president of Duterte’s political party, PDP-Laban, in December 2020 and it seemed the machinery behind Duterte was gearing up for Pacquiao. Duterte, himself, even referred to the boxer as “the next president of the Philippines”.

But Duterte, who is only allowed to serve a single six-year term, risks possible trouble when he steps down in less than a year.

An International Criminal Court complaint against him for crimes against humanity is moving forward, and the court may order his arrest. Rights groups opposed to his violent “war on drugs” have also promised to lodge similar lawsuits with local courts as soon as he loses legal immunity.

Unable to run for a second term, Duterte has said he wants to run for vice president and, judging by his close allies’ recent actions, has indicated he would prefer the top job remain in the family.

“The president is worried that if anybody aside from his daughter runs and wins [the presidency], the president knows he will be charged in the International Criminal Court,” Puentevella said.

“So now, to make sure he won’t end up in jail, there’s no other political person who can help him except his daughter.”