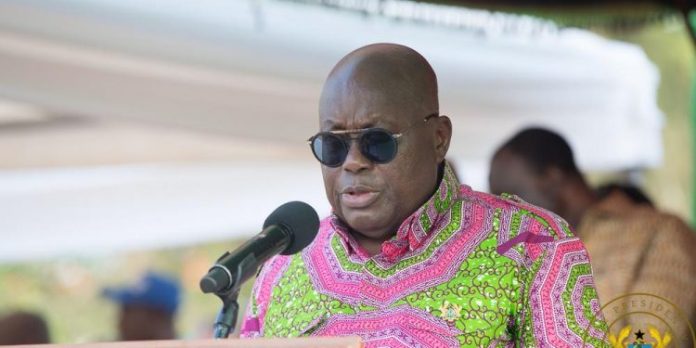 The two regions share boundaries at the western side of the North East Region, where the Lukula community, in late 2019, went up in flames over boundary disputes.

The North East Regional Minister, Yidana Zakaria, called on stakeholders to amicably resolve the conflict to ensure total peace in the area.

Reacting to the call, President Akufo-Addo, who is on a two-day official visit to the North East Region, said it is important that an amicable solution is found to the matter as soon as possible.

“We know, unfortunately, that in our country, many of the conflicts that we have in Ghana are related to land and chieftaincy disputes. So, as quickly as possible, the Regional Coordinating Councils and the Regional Security Councils of the two regions with the support of the Land Commission and the chiefs, should find an amicable settlement and permanently demarcate the boundaries of the two regions.”

On the first day of the President’s tour of the North East Region, he visited factories and projects initiated by the NPP government.

After calling on the overlord of the area, the President visited the construction site of the North East Coordinating Council, which is 95% complete, together with staff bungalows and other departments.

The President later visited the Walewale Watermelon Factory, as well as the rice factory under the 1D1F initiative.