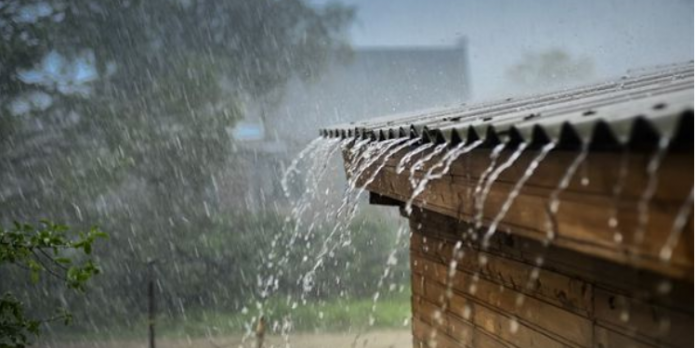 The Ghana Meteorological Agency (GMet), has cautioned persons living in and around flood-prone areas to seek asylum elsewhere because the country will be experiencing heavy rains in the coming days.

According to the agency, areas to be heavily affected include coastal parts of the Central, Greater Accra, Western and the Ashanti regions.

Heavy rains in the Ashanti regional capital Kumasi on Wednesday swept away a year-old boy as a result of a broken bridge, whiles others were injured.

The Deputy Director in charge of forecasting at the Ghana Meteorological Agency, Joseph Poturphy, called on residents in flood-prone areas to brace themselves for the heavy rains that are likely to cause flooding in some areas.

“We should be bracing ourselves for more rains. Most of the areas are saturated already, so once the areas are saturated with the little rains, any additional rain will become run-off, and then they do not have anywhere to pass. We are in June and June is the peak period of our rainy season, so once we have about a few days to get out of June we should expect more rains.”

“Once we have those rains, it means some areas will be saturated and once it is saturated then we have what we call the flash floods. We should brace ourselves for those flash floods. There are people who cannot sleep in their rooms because they are in flood-prone areas and water will be in their room, so they need to move to a higher ground and after a month or so they can return to where they are.”

In a related development, the National Disaster Management Organization (NADMO) says it is fully prepared to deal with any eventualities that may arise from the heavy rains.

“NADMO is always prepared for any eventuality. We are praying it does not happen, but if it happens, we will be prepared.”

Flooding has been a long-standing challenge that has been a concern for various stakeholders, including the government.

Just recently, scores of residents in major parts of the Kumasi metropolis were displaced after a downpour with their properties destroyed.

Fuel stations, houses, and church buildings were the worst affected.

Recent statistics from NADMO indicate that floods in Northern Ghana alone claimed a total of 35 lives from 2018 to 2020.

Many have attributed perennial flooding in the country to the poor siting of structures on waterways and blocked drainage systems, a situation that forces rushing floodwaters onto the streets and into homes.