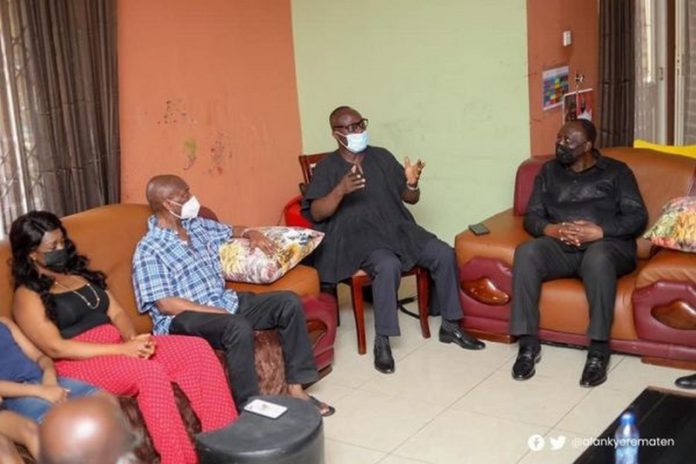 Alan John Kyerematen, Minister for Trade and Industry, on Thursday, 11th March 2021, visited Editor-in-Chief of the New Crusading Guide Newspaper, Abdul Malik Kweku Baako Jnr, to commiserate with him on the passing of his mother, Madam Gloria Aba Addison.

The late mother of the veteran journalist passed away on the 6th of March 2021 at the Tema Maritime Hospital after a short illness.

Madam Addison was the wife of the late Kofi Baako, who served as Information Minister under Ghana’s first President, Osagyefo Kwame Nkrumah.

Share
Facebook
Twitter
Pinterest
WhatsApp
Telegram
Previous articleMuntaka retaliates to Sammy Gyamfi, saying, “We don’t serve the NDC, we represent our constituents.”
Next articleGunmen kidnapped three teachers in Nigeria, but no children were abducted, according to the Kaduna government.