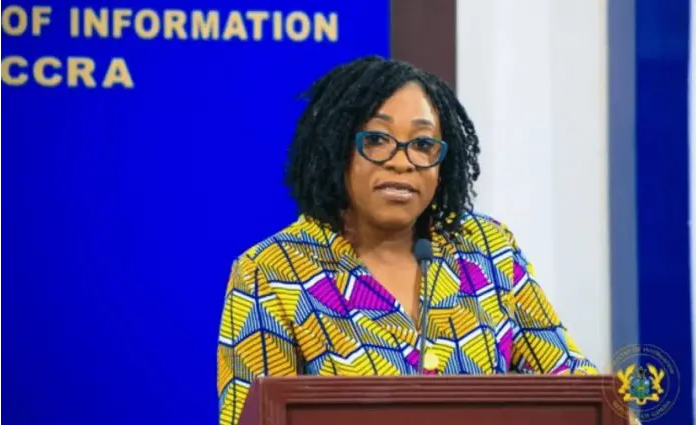 Member of Parliament for North Tongu Samuel Okudzeto Ablakwa has asked Foreign Affairs Minister, Shirley Ayorkor Botchwey to serve notice to the diplomatic community that if they use visa considerations to influence decisions of lawmakers in Ghana, that same principle will also be applied to them.

Mr. Ablakwa described the plan to use visa considerations as weapons as the reckless and provocative path.

“It is primitive, an unmitigated affront and grave assault on our sovereignty for any country to use visa considerations as a weapon to influence the decision of duly elected lawmakers.

“Our foreign ministry must promptly serve notice that the principle of reciprocity will apply to any nation that embarks on this reckless and provocative path,” he said in a tweet on Friday, October 14.

His colleague MP for Asawase Alhaji Mohammed Muntaka has told the diplomatic community that the MPs will not be intimidated and threatened regarding the anti-LGBTQ bill pending before the house.

He explained “it’s against the constitution of Ghana for any member of parliament to be punished for expressing his or her opinion on national issues in the house of parliament. So, therefore, no embassy can punish any MP in this country to kowtow to their wish’’.

He indicated that his side of the House is determined to ensure the bill is passed to uphold Ghana’s traditional norms and moralities in the interest of the majority of Ghanaians.

“With the greatest respect to our President, Nana Akufo-Addo, his statement on Aljazeera was unfortunate. If he was bold like President Mills and John Dramani Mahama by letting the world know that Ghana will never accept LGBTQ+ activities they wouldn’t be doing the unfortunate advocacies we are seeing in the country of late,” he told Kumasi-based Abusua FM.

The controversial anti-gay bill which is currently before parliament has already divided opinion in the Ghanaian public discourse.

While some, particularly the religious and traditional groupings, have supported the Bill and are hopeful of its passing, others say it could incur the wrath of the international community against Ghana.