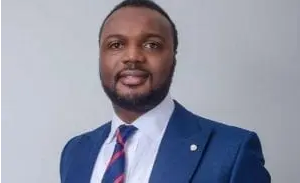 Chief Executive Officer (CEO) of the defunct Capital Bank, William Ato Essien has been given a 20-day ultimatum to conclude negotiations for compensation with the state.

In the view of the Commercial Division of the Accra High Court, Ato Essien would be required to mount the docket to open his defense on November 4, if he was unable to reach an agreement with the prosecution.

Lawyer Baffour Gyau Bonsu Ashia holding Thaddeus Sory’s brief told the Court on Thursday, October 14, 2021 that, they have decided to re-activate Section 35 of the Courts Act with the prosecution.

“My Lord, before the trial commenced in this court the first accused person made an application in this court to take advantage of the provision in Section 35 of the Courts Act. My Lord, we started discussions with the prosecution but the discussion suffered some delays and so it came to a temporary halt.

In response to that, Mrs Marina Appiah-Opare, a Chief State Attorney representing the state told the court that the state’s willingness to resume negotiations with the first accused.

“Indeed, we have received a request from the first accused person through his counsel for the resumption of discussions in respect of their desire to take advantage of Section 35 of the courts act and make restitution.”

She added “we are open to resuming the said discussion and we have duly informed counsel for the first accused person. We are saying that the said discussion we hope should not take more than two weeks and therefore if this court is minded to grant an adjournment it should be two weeks.”

The presiding judge Justice Eric Kyei Baffour, Justice of the Court of Appeal sitting with additional responsibility as a High Court judge who adjourned the case to November 4 said “As the learned Chief State Attorney has confirmed to the court that the first accused is still desirous of reaping the benefit of Section 35 of the court’s act, Act 459 (1994) in terms of the proposal to pay compensation and reparation to the republic for whatever alleged losses caused the Republic, I have carefully considered the plea and have also balanced it against the need not to needlessly or ad-infinitum hold in abayance the trial which he is supposed to open his defense after the prosecution had called 17 witnesses and closed its case.

He said, “Weighing these two competing interests and balancing same, I am of the view that not more than 20 days adjournment to enable the parties to conclude negotiations would be an apt time. If that is not achieved, no injustice at all would be occasioned the first accused if the trial were to resume while the parties attempt to conclude the negotiations.

“Accordingly,” he said “the court will proceed with the trial on the next adjourned date even if there is no agreement in order not to breach the first accused person’s right to fair trial within a reasonable time as spelt out by the constitution,” the court said.

They have all denied the accusation of conniving and stealing GH¢620 million liquidity support given to the defunct Capital Bank by the Bank of Ghana (BoG).