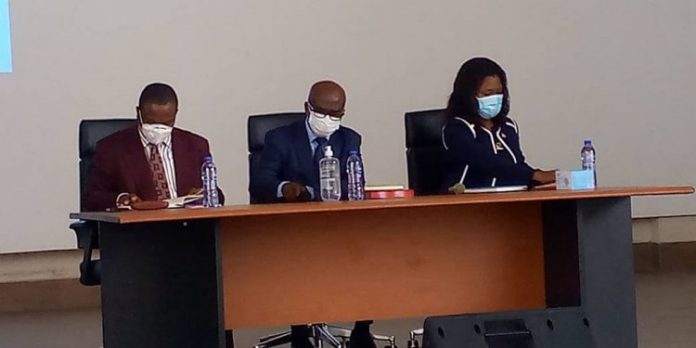 The committee is expected to receive testimonies from the Ashanti Regional Security Coordinator, the Medical Superintendent of the Ejura Government Hospital, and the Army Commander who led the military detachment on the day to Ejura.

This will be the third day of sitting since the committee began its probe on Tuesday, July 6, 2021.

So far, seven witnesses have appeared before the committee.

The General Officer Commanding of the Central Command, Brigadier General Joseph Aphour justified the shooting of some protesters by the military but said they shot to maim, not to kill.

According to him, some shots from the crowd at the security personnel necessitated the shooting by the military.

“When we got to the general area of the cemetery, and they [protesters] started issuing warning threats to the police and military team; we started giving verbal warnings which we do in the military, but they didn’t listen. So we fired warning shots, and we realized that some shots were also fired from the crowd, at that stage, it was becoming too bad for civilians to be firing at the security personnel.”

“I think the commander, at that stage, then had to use minimum force by ordering his personnel to begin firing at those who were firing from the crowd to maim them. After our fire, we didn’t have instant deaths. They were evacuated to the hospital, where we later heard two died. But at the instant of our fire, the crowd withdrew and everything came under our control.”

The Deputy Ashanti Regional Police Commander, DCOP David Agyemang Adjem, admitted that the police miscalculated the handling of the protestors.

He also expressed concern about the attempt by some persons to politicize the death of the social activist, Kaaka, whose killing sparked the protest.

“I think that there were more things in the background than what we see. I am saying this because for example, when Kaaka was killed, there were a number of political people who jumped in and hijacked the incident for their own parochial interest. So it tells you that there was a political undertone in this whole instant.”

“For example, we are told Kaaka was an NDC person, but some other parties are claiming he was their member, and subsequently all NPP items in Ejura were vandalized, and I’m sure that if an NPP person had died, you won’t destroy your own party items.”