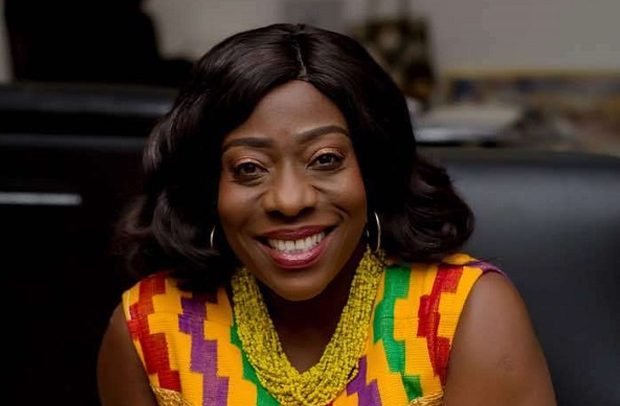 Former Minister for Tourism, Arts and Culture, Catherine Afeku, says the ministry under her tenure did not misappropriate GH¢200,000 as cited in the Auditor General’s report.

According to her, the money drawn from the Marine Drive Project and later used for the Kundum Festival in 2018 was refunded.

Speaking to CityNews, she explained that the money was used for the festival only because the budget allocated for it had been delayed, adding that she sought approval from the cabinet to use the funds.

“Festivals are time-bound so when it is getting closer and your approved allocation is not in, the Chief Directors have the mandate to do what they call virement, and when the approved funding comes for the specific line item, you put these things back. There is no such thing as malfeasance or misappropriation,” she said.

Catherine Afeku’s comment comes after the Auditor General revealed that funds meant for the Marine Drive Project were misapplied by the Ministry of Tourism, Arts and Culture under her leadership.

The amount, GH¢387,196, was used to celebrate the 2018 All Africa Music Awards (AFRIMA), Kundum Festival, the minister’s trip to Volta and Western regions, and other activities.

However, Catherine Afeku said that the Chief Director at that time used the provisions in the Public Financial Management Act, which is called virement, to allow such expenditure.

“As sector ministers, you know we are not the spending officers, we just guide policy. So I had approval from the cabinet for a certain line of expenditure,” she added.

Meanwhile, the Planning Committee for the annual Kundum Festival has denied receiving GH¢200,000 from the Ministry of Tourism, Arts and Culture for the 2018 event.

In a press release dated August 19, the committee revealed that in 2018, the Tourism Ministry officially donated GH¢7,000 to be shared between Axim’s two traditional leaders (Upper and Lower) during the celebrations.

In 2019, Catherine Afeku, who was the MP for the constituency, also gave the committee an amount of GH¢5,000 to aid in the organization, they added.

However, “no funds were received from either the Ministry of Tourism and Creative Arts or Hon Catherine Afeku’s office to assist with the aftermath of any of our Kundum Festival projects, including the Theatre Project,” parts of the press statement read.

The team wrote that they have no knowledge about the amount cited in the Auditor General’s report as expenditure on the Kundum Festival.