Celebration Of His Grace Concert Soon 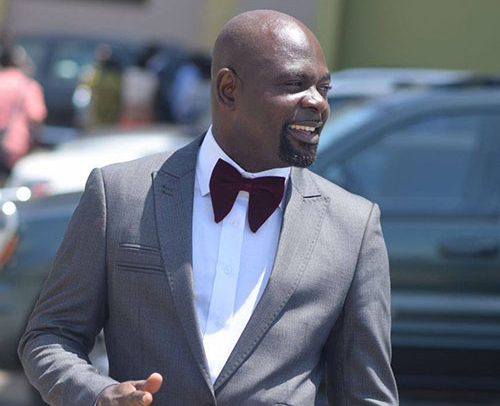 Celebration Of His Grace Concert Soon

One of Ghana’s most sensational gospel music icons, Bernard Amankwah, is gearing up for this year’s edition of ‘Celebration of His Grace’ at the National Theatre in September.

The event, which is being organised by Presence Ministry, will bring together performing gospel music giants on one platform to celebrate Jesus Christ as well as entertain Ghanaian gospel music fans.

The organisers explained that the event is being organised to impart in the younger generation an upright way of life with God and also to encourage the youth to use their skills and talents to glorify God.

Designed to serve as a gospel musical platform for local gospel artistes to meet and interact with music fans, the concert which will feature some of the celebrated gospel acts will be headlined by Bernard Amankwah.

Credited with several hit songs, Bernard Amankwah is, indeed, sure to get the Ghanaian audience to sing along to some of his popular songs such as Presence, Presence II, Almighty, The Glory Has Come, Holy, Mercy Rescued Me, among others.

Bernard, who will be backed by His Presence Ministry Band, says he is ready to feed patrons some “soul inspiring” songs at the event.

According to him, it has always been his dream to promote Christ through music, stressing that the concert was in response to the demand from his numerous fans who witnessed his stage performances last year.

He noted that ‘Celebration of His Grace’ concert, this year, is going to be a platform for him to show his fans his other side.

It has in the past years drawn performances from some notable gospel artistes and groups such as Cynthia of Daughters of Glorious Jesus fame, Alabaster Box, Irene Logan, Alexandra, Jackie Mpare, Ekuba Yankey and a host of others.

Since 2007 when the first edition of the ‘Celebration of His Grace’ concert was held, it has provided the means to bring Christians together to praise their Maker, and Bernard told BEATWAVES that the concert has been a “life changing” experience for many of its patrons.

Bernard Amankwah has several albums, including, Presence, Presence II, Almighty, The Glory Has Come, Holy, and Mercy Rescued Me, to his credit.