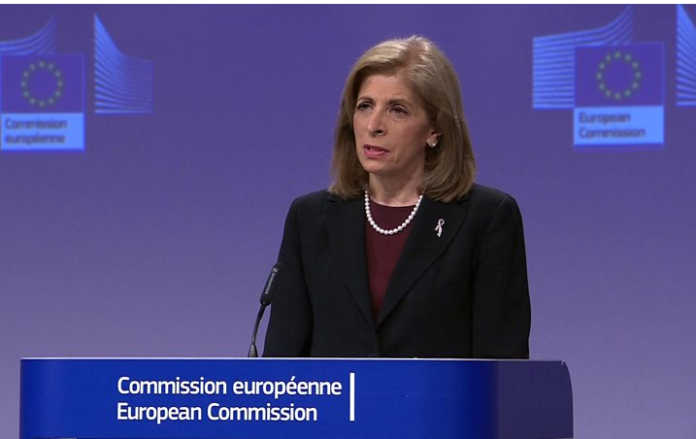 The EU and the UK-based Covid vaccine maker AstraZeneca have vowed to work together to resolve a bitter row over supply shortages to the 27-member bloc.

This comes after crisis talks which both sides described as “constructive”.

AstraZeneca earlier said it could deliver only a fraction of the doses it promised in January-March, blaming production issues at European plants.

But the EU said the firm must honour its commitments and deliver the jabs by diverting stock from the UK.

The contract between the EU and AstraZeneca contains a confidentiality clause – but the EU has asked the company to release the details nevertheless.

Reports said last week the EU would get 60% fewer vaccine doses – about 50 million jabs – than promised in the first quarter of the year.

The AstraZeneca vaccine, developed with Oxford University, has not yet been approved by the EU, although this is expected on Friday.

The EU – which has been criticised for the slow rollout of its inoculations – is also facing delays with supplies of the Pfizer-BioNTech vaccine. The bloc has a much bigger deal with the US-German vaccine-maker.

Meanwhile, UK Prime Minister Boris Johnson said: “I’m confident of our supplies and we’ll keep rolling out vaccines as fast we possibly can. I am very pleased at the moment that we have the fastest rollout of vaccines in Europe by some way.”

What did the EU and AstraZeneca say?

“We will work with the company to find solutions and deliver vaccines rapidly for EU citizens,” she tweeted.

An AstraZeneca spokesman said the company had “committed to even closer co-ordination to jointly chart a path for the delivery of our vaccine over the coming months”.

Ms Kyriakides stressed before the talks that UK factories, which have not experienced production problems, were part of its deal with the company and had to deliver.

“The 27 European Union member states are united that AstraZeneca needs to deliver on its commitments in our agreements,” she said.

In an interview on Tuesday with Italian newspaper La Repubblica, AstraZeneca CEO Pascal Soriot said the contract compelled it to make its “best effort”, rather than obliging it to meet a set deadline for delivery of the vaccines.

Ms Kyriakides said this characterisation of the deal was “not correct or acceptable”.

She added that the EU rejected “the logic of first-come first-serve”.

“That may work at the neighbourhood butcher’s but not in contracts, and not in our advanced purchase agreements.”

Ms Kyriakides appeared to be responding to Mr Soriot, who said that the UK had signed its contract with AstraZeneca three months before the EU and that this extra time had been used to “fix all the glitches we experienced” regarding the UK.

What are the supply problems?

The EU signed a deal with AstraZeneca in August for 300 million doses, with an option for 100 million more, but the UK-Swedish company has reported production delays at two plants, one in the Netherlands and one in Belgium.

Mr Soriot said production was “basically two months behind where we wanted to be”.

Italy was among the countries threatening to sue over the delays. 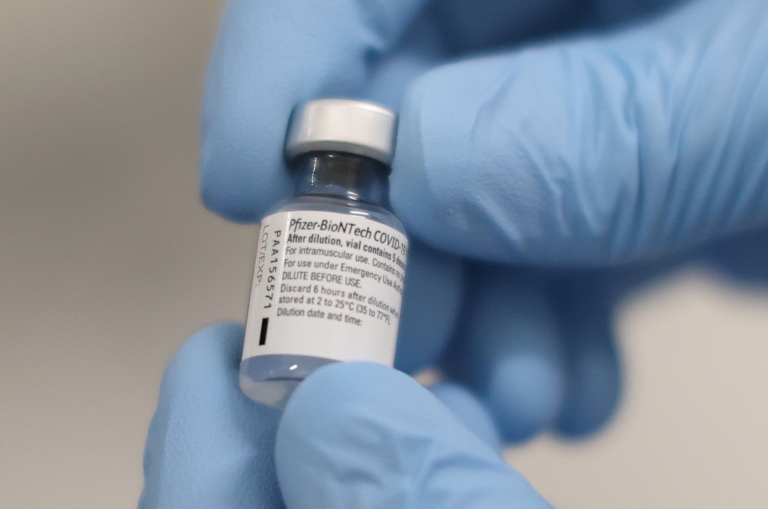 The EU had hoped that, as soon as approval was given, delivery would start straight away, with some 80 million doses arriving in the 27 nations by March.

Officials have not confirmed publicly how big the shortfall will be, but Reuters news agency reported that deliveries would be reduced to 31 million in the first quarter of this year.

The EU has also ordered 2.3 billion doses of vaccines from four other companies, of which only those of Pfizer/BioNTech (600 million) and Moderna (160 million) have been approved.https://emp.bbc.com/emp/SMPj/2.39.12/iframe.htmlmedia captionSofia Bettiza explains why some countries are far ahead of others in the vaccination race

Pfizer has not been able to supply the 12.5 million vaccines it promised the EU by the end of 2020, saying last week it was delaying shipments for the next few weeks because of work to increase capacity at its Belgian processing plant.

As a result of delays, Spanish officials said the Madrid region was halting almost all vaccinations for two weeks and supplies in Catalonia were also threatened.

The EU has threatened to restrict the exports of vaccines made within the bloc to deal with the shortfall.