Joe Biden’s tech – what can the president use? 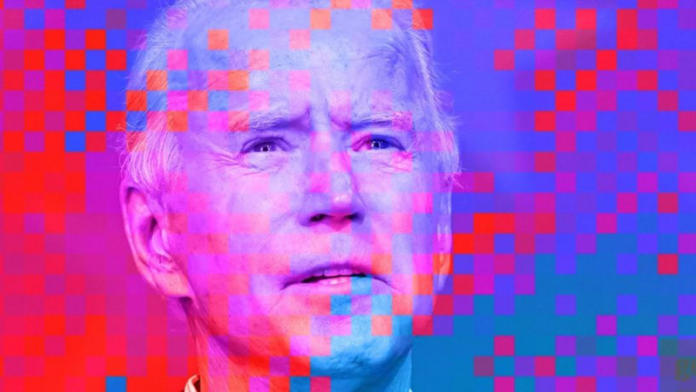 You might think the world’s most powerful man would have access to any gadget he chooses – but when it comes consumer tech, Joe Biden may be sorely disappointed.

The electronic devices around the US president are perhaps the most prominent hacking targets in the world.

Back in the 2000s, this wasn’t such a big problem – the only personal devices that could be hacked were computers and non-smart mobile phones.

And why would the president need a mobile, when he could ask to be patched through to anyone in the world on a secure line.

But that all changed in 2009, when Barack Obama took office.

He was so attached to his Blackberry he fought with security advisers for weeks to keep it – a fight he eventually won “through a compromise that allows him to stay in touch with senior staff and a small group of personal friends”, according to an official.

And since then, the range of tech devices a president might want to use has steadily increased – giving security advisers sleepless nights.

When the iPad came out, in 2010, of course, the president wanted one.

So national-security advisers created the ObamaPad, a “hardened”, more secure iPad, which, a former adviser tells BBC News, was replicated for his staff.

“And we actually had a little bit of a discussion at one point about adding wi-fi.

“It was more of a discussion like, ‘Why can’t we have wi-fi in the White House?’

“And the feeling was, ‘Well, then you’re opening up security lapses.'”

But it remained patchy at best, according to the family.

Donald Trump, arguably the most famous man on Twitter during his term, also insisted on using a personal device, reportedly a series of “burner” phones used briefly and then replaced for security reasons.

But he was also widely reported to be sceptical of computer use and email, preferring paper for most communications.

If the iPad gave tech advisers a few sleepless nights back in the day, the internet of things, today, represents a recurring nightmare.

“Everything is becoming a computer,” Mr Schneier says.

“And those computers are vulnerable.

“Whether it’s your Peloton bike or your phone, your refrigerator, your thermostat, toys, your car – these are all vulnerable to hacking.”

And that is a problem for President Biden, who seems to like his gadgets.

He has been photographed wearing an Apple Watch and reportedly owns a Peloton exercise bike that comes with a computer screen, camera, and microphone all connected to the internet.

Can that be made secure?

“You can do things like modify the hardware, like ripping the camera out, that’s something that the NSA [National Security Agency] can do,” Mr Schneier says.

And that may be safer.

But it may also defeat the purpose of having high-end technology in the first place.

Herbert Lin, of the University of Stanford, says: “It’s very rare that you find a device that can’t be hacked.

“Most devices that can’t be hacked are pretty useless because they can’t communicate.”

The safest thing is simply to not use any tech gadgets at all.

But, as the previous two presidents proved, that is a hard thing to tell the commander-in-chief.

And this too could be a problem.

In fact, Mr Schwartz says, software can be hardest to protect.

“The software side, it’s a lot harder to maintain good security around, because everything is updated from afar now,” he says.

“You might be totally secure right now, the day that you buy the product.

“But then a year from now, someone could come in and install malware into it and destroy the security that you had originally.”

And Mr Schneier shares these concerns.

“Everything is a potential vulnerability… Apple News, everything, because it’s all connected, because anything can affect any other thing,” he says.

“That’s why this is so complicated.

“That’s why ditching the device is often the best security advice, even if it’s not practical.”

Even worse, once the hackers were in, they lay undetected for months.

The nightmare scenario is a president’s device is hacked, which then goes unnoticed.

And that a hack has happened so recently – and so close to the White House – will have President Biden’s security team worried.

“Now, you have a homing beacon that the president is carrying.”

Mr Biden is entering a White House nervous about cyber-security.

And advisers know what is most secure and what the president wants are not usually aligned.

But he may also have a fight on his hands to keep the gadgets many others take for granted.