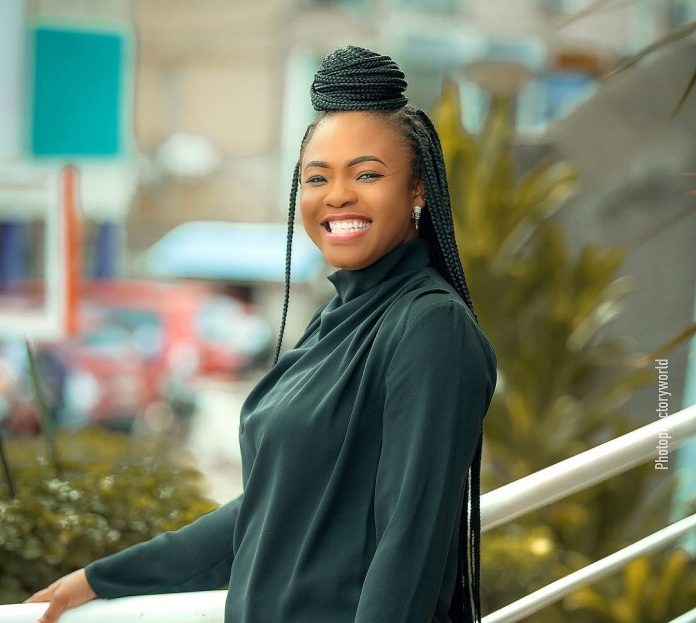 Elite broadcaster, Doreen Avio, has scored a nomination at 2021 Adonko Bitters RTP Awards. The award-winning Ghanaian ace radio & television personality will compete against other nominees to emerge as the eventual winner of the ‘TV Female Entertainment Show Host Of The Year’. Dial *447*111# and enter the nominee code 105 to vote for her.

“Fam. RTP Awards have acknowledged my efforts and contributions to the creative sector within the last 12months by nominating me at the 2021 edition of the ceremony in the ‘TV Female Entertainment Show Host of the Year’ category. Kindly see details on the flyer and vote for me,” she said in a caption of Facebook

Doreen Avio is an award-winning Radio/Television personality with 12 years of experience in the Entertainment space.

She has won 3 awards to her credit and also mounted some of the biggest stages to host events including the recent ‘Ghana Party In The Park’ in the United Kingdom, MTN Music Festival, Hero’s concert and others. She hosted the following events; Ghana Party In The Park – UK, Red Carpet Host – Ghana Music Awards UK, Guinness Black Shines Brightest, the launch of Mime Africa Awards. She is the co-host of Cruise Control on Hitz 103.9 FM from Monday – Friday (4 to 7 pm), she also hosts Let’s Talk Showbiz on Joy News.

The 11th edition of radio and television’s biggest awards night is slated for 6th November, 2021 at the Movenpick Ambassador hotel.