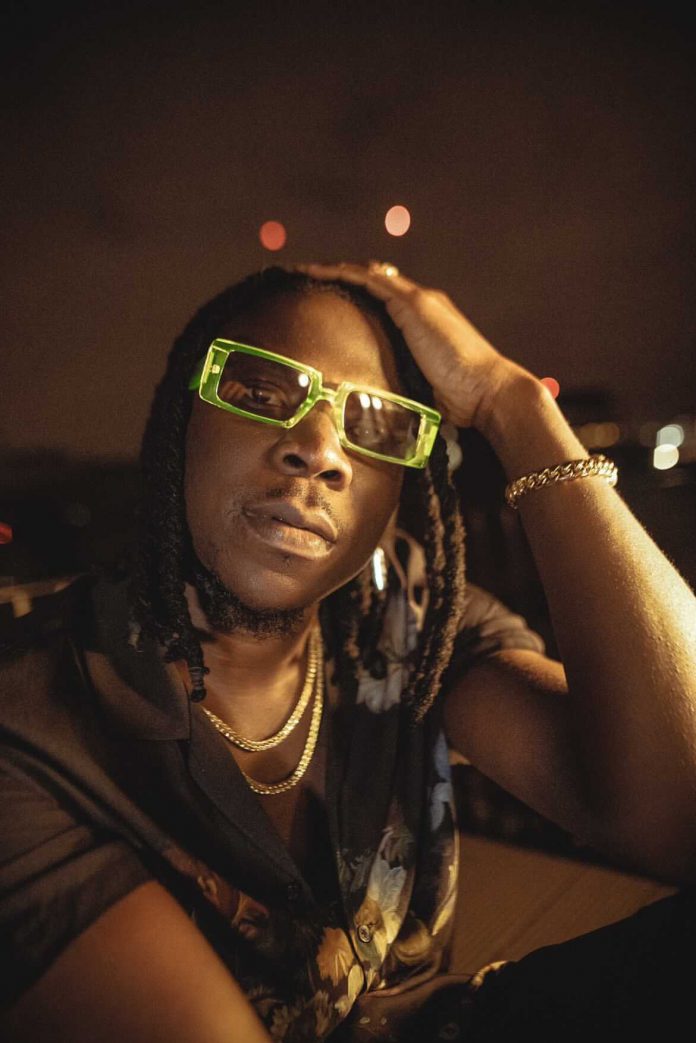 African powerhouse and global trailblazer, Stonebwoy, takes home the “Music Man of the Year” award at the 6th edition of the annual Exclusive Men of the Year (EMY) Africa Awards Premiere Ceremony. According to EMY Africa, he has been the most prolific and consistent personality in the music industry for the year under review.

The multiple award-winning Ghanaian reggae & dancehall artist’s described as an inspirational man with an enviable accomplished career who have made significant contributions to life in the Ghanaian community with his abilities, initiatives and music. He’s also celebrated as a father of steel and zeal, whose passion and dedication have rolled out major landmarks in the development of the creative industry.

Stonebwoy has been quite active during the last 12 months. Months earlier, he wowed audiences at Yam Carnival, Afrocarnival, Afrojam, and Africa’s Most Beautiful. He launched his fourth album, “Anloga Junction,” in April of this year, and it has earned multiple international accolades, including Germany’s most prestigious “Reggaeville” Album of the Year award.

He announced new dates for his “Anloga Junction” UK tour. The 3-date trek, featuring Amaria BB and more guest performances, will take the multiple award-winning creators to theaters and venues across 3 cities in the U.K. He will perform at the O2 Academy Islington in London on November 21, the Academy 3 in Birmingham on November 25, and the O2 Institute 3 in Manchester on November 26. Tickets now on sale: https://www.livenation.co.uk/artist-stonebwoy-1218944

Born Livingstone Etse Satekla, the Ghanaian musician is the CEO of Burniton Music Group. He won the Best International Act: Africa category at the 2015 BET Awards and Artist of the Year at the 2015 Ghana Music Awards. He is also a recipient of two Billboard plaques. He has been described as the king of reggae and dance hall artists in Africa.

Stonebwoy normally ragga in Jamaican Patois, and is considered a “multifaceted artiste” due to the various musical styles he possesses. In 2015, he received many awards and nominations ranging from “Artist of the Year” to “Album of the Year”. His sophomore album, Necessary Evil, was the recipient of 3 Ghana Music Awards from 6 nominations.

He was listed as part of the 2019 50 (fifty) young CEOs, by YCEO and Avance media. The list which was launched earlier in 2018, was set out to honor distinguished young individuals pursuing the course of providing solutions to some of Ghana’s pertinent problems.

Stonebwoy kicked off his world tour in the Euro-zone in August 2014. He performed in Germany, Italy, Spain and Austria. His 2016 Canada-America tour saw him perform in New York City, Ohio, Philadelphia and Ontario. In the same year, he rocked Perth, Melbourne, Brisbane and Sidney all in Australia.

His second Euro tour saw him travel to the Nordic to thrill fans in Denmark, Finland and Sweden in the last quarter of 2017. Stonebwoy performed at Reggae Sumfest, Afro nation festival in Portugal, Rotterdam reggae festival, Uppsala Reggae Festival and Rototom Sunsplash.