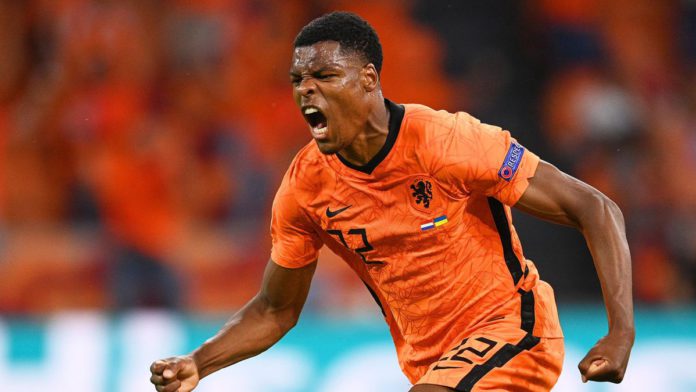 The Netherlands won their opening match of the European Championship with a thrilling 3-2 victory over Ukraine in Amsterdam.

Both sides created chances in a lively but goalless first half. Denzel Dumfries missed a free header from six yards out for the Dutch, and Georginio Wijnaldum’s booming volley was well saved by Heorhiy Bushchan.

Meanwhile, neat interplay between Roman Yaremchuk and Andriy Yarmolenko twice came within inches of getting the Ukraine through on goal.

It was Wijnadlum that then put the Dutch ahead early in the second half, with Wout Weghorst doubling the lead soon after. With 15 minutes left the Ukrainians drew level in sensational fashion, with Yarmolenko curling the ball in from long range and Yaremchuk glancing in a header from a free-kick shortly after. Dumfries then settled the match with a towering header five minutes from time.

Ukraine will now travel to Bucharest to face North Macedonia on Thursday afternoon, while the Netherlands stay in Amsterdam to face Austria later that night.