Okudzeto Ablakwa in trouble for question during Hawa Koomson’s vetting 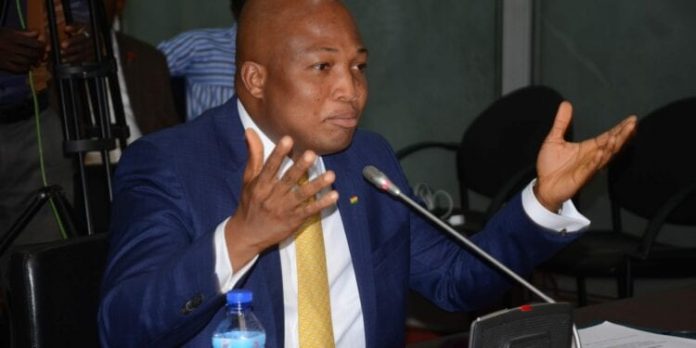 Okudzeto Ablakwa in trouble for question during Hawa Koomson’s vetting

Under the instructions of his lawyers, Prince-Kamal Gumah stated in his letter that Mr Okudzeto Ablakwa, in asking a question during the Awutu Senya East MP’s vetting, brandished his picture on camera and “also made comments which sought to cast a slur on our client’s reputation and image, by portraying him as an uncivilised, violent and barbaric person”.

He said that action has adversely affected his business interests across the world and his political career.

Mr Gumah said the timely intervention of the Chairman of the Committee, Joseph Osei Owusu, prevented the National Democratic Congress (NDC) MP from descending into areas that would have completely damaged his reputation.

“To this end, not only does our client, via, this medium express profound appreciation to you, Chairman, he also urges you to ensure that Hon. Samuel Okudzeto Ablakwa, renders him an unqualified apology,” the letter demanded.

“Our client instructs us to state on record that he is the Deputy Youth Organiser of the New Patriotic Party (NPP) of the United States of America (USA) wing.

“In addition, being a business man, he is engaged with several international business organisations and entities, in the building and constructions sector, pharmaceutical imports, oil and gas sector, media as well as cybersecurity.

“He states with emphasis that due largely to the magnitude of the influence of such international entities on his business interests’ operations and political advancement, the conduct of Hon Okudzeto Ablakwa could potentially reverse everything he has strenuously worked for and achieved in life.

“To this end, he implores you to use your high offices to urge the Hon. Member to take steps to retract and apologise to him in writing and/or in public within a reasonable time.”