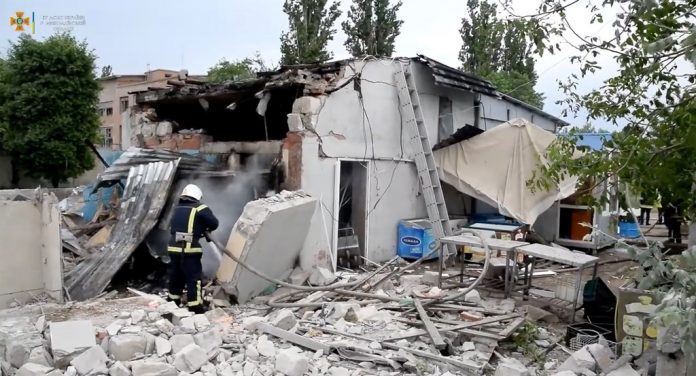 Explosions have been heard in the southern Ukrainian city of Mykolaiv this morning.

It is unclear what has caused the blasts and if there have been any casualties.

The city’s mayor warned his residents on Telegram, saying there was a “threat of shooting”.

“Explosions are heard in the city,” Mayor Oleksandr Senkevych said.

“Friends, I ask everyone to go to the shelters. At the very least, follow the rules of the two walls.”

The rule of two walls helps residents find a safe room in their house, where they are able to hide from shots and explosions.

Ukrainians have been told there should be at least two walls between them and the street.

Last week, Mykolaiv came under a serious attack which destroyed a meat production facility within the city.