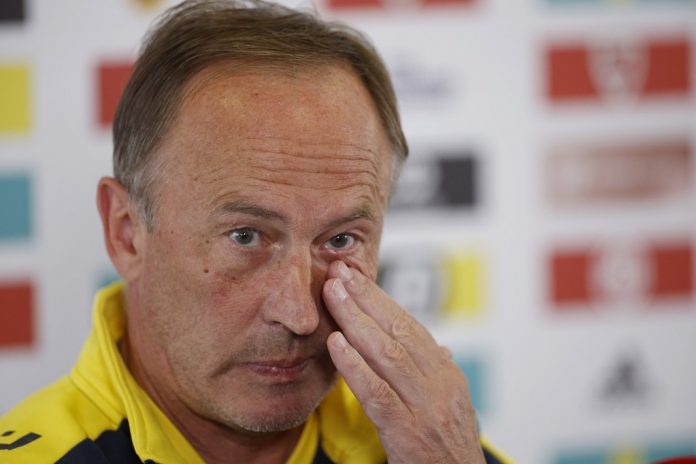 Last night, Ukraine was defeated by Wales in the playoff to qualify for the World Cup finals.

The only goal of the match came in the 34th minute when Ukraine captain Andriy Yarmolenko headed a free-kick from Gareth Bale into his own net, and goalkeeper Wayne Hennessey made a string of saves to send Wales to their first World Cup since 1958.

Now, Ukraine’s head coach Oleksandr Petrakov has marked the loss by sharing an insight about soldiers on the front line of the Russian invasion.

He said: “You know what’s happening in Ukraine now. We have war raging all over the country.

“We have children, women dying on a daily basis, our infrastructure being ruined regularly by the Russian barbarians.

“Our guys from the armed forces are fighting as hard as they can. We need you to support us all, our country.”

Addressing Ukrainian troops, he added: “We did everything we could.”