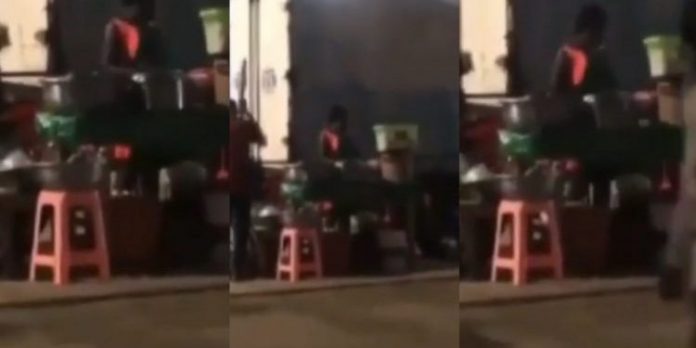 The Greater Accra Regional Police Command of the Ghana Police Service has released two persons arrested in connection with the operation of a mini eatery at the newly commissioned Pokuase Interchange.

They were arrested on Wednesday, August 25, 2021, but have been released to report to the police to assist with investigations.

The two, are said to be father and daughter, aged 60 and 32 years respectively.

In a video that went viral, some people were seen pounding fufu under the newly constructed interchange.

In an interview with Citi News, the Public Relations Officer of the Accra Regional Police Command, DSP Juliana Obeng, said they are expected at the station today [Thursday, August 26, 2021] for further investigations.

“The two persons are a father and a daughter in connection with a chop bar being operated by them. They have been granted bail and cautioned for causing a public nuisance. They are to report to the police for investigations to continue.”

The video on social media showed two persons pounding fufu at night at the site of the interchange for sale. Next to them in the video appears to show some people patronizing the mini-eatery operated on the pavement.

The video has attracted wide condemnation from social media users, who expressed worry that the development at the interchange will deface the infrastructure and end up causing congestion.