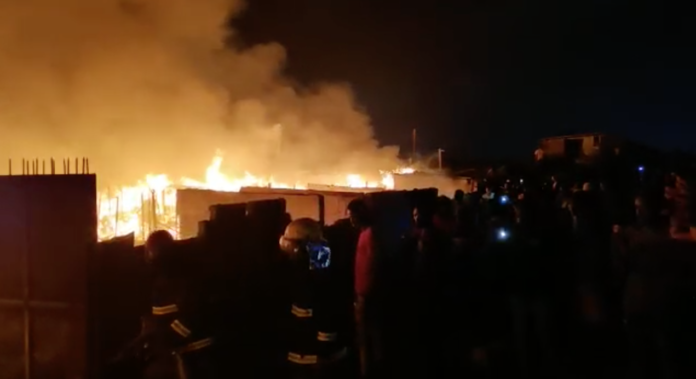 Fire has gutted parts of the Kantamanto market in Accra’s central business district.

The fire reportedly started around 10 pm on Tuesday, December 15, 2020, according to an eyewitness who spoke to Citi News.

By 10:20 pm, the fire had gone out of control and some onlookers ran to the nearby fire station to request help

Fire service personnel reportedly got to the fire station at around 11 pm.

The firefighters are currently on the ground to help douse the fire that has so far destroyed many goods including clothes.

They have stopped the blaze from spreading and are still trying to quench the blaze.

It remains unclear what may have started the fire.

A similar incident in that same enclave occurred last month with the Accra central branch of GCB Bank when one of the bank’s offices was razed.