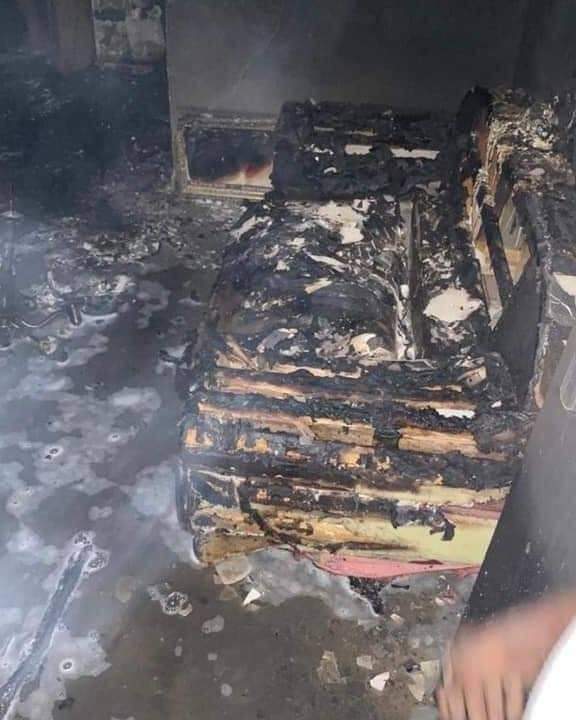 Fire has destroyed eight out of 15 rooms of a compound house in Balogu North, a suburb of Yendi in Northern Region burning property worth thousands of Ghana Cedis

Some of the burnt items included; Television sets, beds with mattresses, cash, furniture, dresses, Refrigerators and other household appliances.

Alhaji Inusah Abdulai 46, Landlord of the house told the Ghana News Agency in Yendi that the fire started from a weaver’s hut by the house in which they suspected was caused by wee smokers.

He said unfortunately some of the rooms destroyed were occupied by tenants, who traveled to Tamale during the weekend and were, therefore, unavailable to protect their property.

He said a member of church of Pentecost, who was returning from prayers saw the fire and raised an alarm, which compelled Mr Inusah Sha-Aban, a teacher in the house to rush to the Yendi Office of the Ghana National Fire Service to inform the personnel about the fire outbreak.

He said when personnel of the Service arrived with the fire Tender, they could not get access to the house and it took them almost one hour to go through other areas before they could put off the fire.

Alhaji Sha-Aban expressed his appreciation to all those who came out to help them to douse the fire with water and were not successful due to the prevailing Harmattan winds in the area before the Ghana fire service personnel arrived.

He said the house never experienced any fire outbreak since it was constructed in 2007.

Some of the people who assisted in putting off the fire appealed to the officers of Town and Country Planning to ensure that people put up their houses according to the layout of Yendi Township to create access roads to every house.

They said in most of the suburbs in Yendi Township, there were no lanes making it difficult for firefighters in times of fire outbreak.