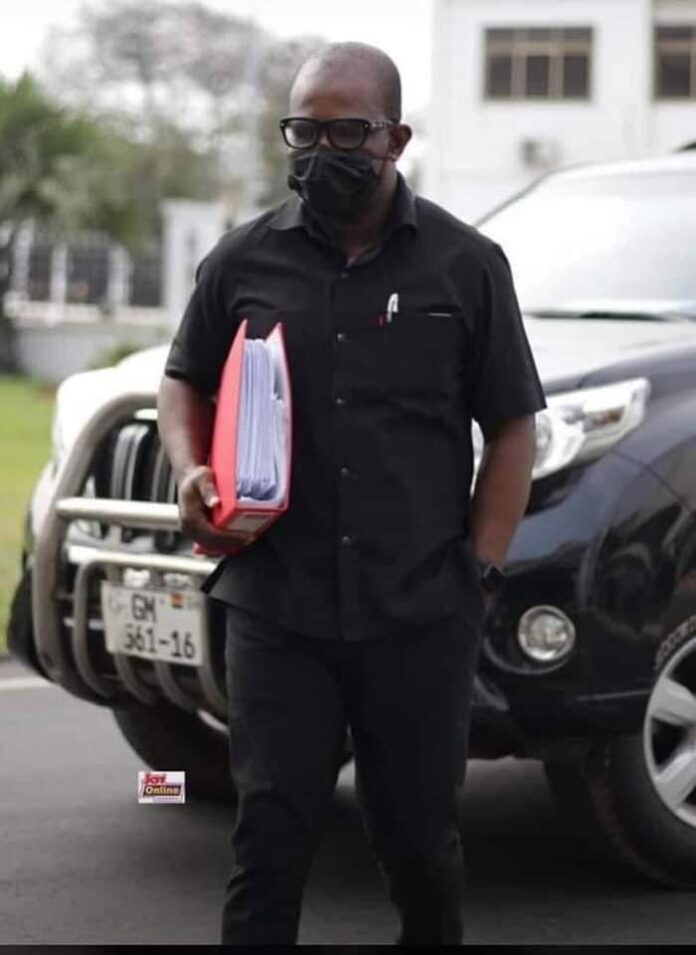 The second witness for John Mahama in the Election Petition, Dr. Michael Kpessah-Whyte has insisted that the Chairperson of the Electoral Commission, Jean Adukwei Mensa deceived him and Rojo Mettle Nunoo to leave the Commission’s strong room before the declaration of the presidential election results on December 9, 2021.

According to him, the EC instructed them to leave the strong room to go and confer with John Mahama on some election-related issues and return to the strong room before the declaration of the presidential results.

Dr. Kpessah-Whyte, while being cross-examined by the Electoral Commission’s lawyer, Justin Amenuvor, said it cannot be said that his narrative of the happenings on the night of the declaration of the results was a concoction.

“I have no reason for lying. When we were leaving the room, I informed in the open room to the hearing of everybody that we were instructed by the Chairperson of the EC to go and consult with our flagbearer who is the petitioner on the basis of our observations and therefore, she was going to make sure that she send a rider to bring us back to the strong room because of the potential of traffic then therefore when we finish the process then the results will be announced,” he Kpessah Whyte.

Justin Amenuvor in his cross-examination sought to prove that Mr. Kpessah-Whyte and Rojo Mettle Nunoo were never instructed by Jean Mensa to leave the EC strong room but rather left on their own volition.

From the witness, he confirmed that Mr. Kpessah-Whyte did not personally hear from the EC Chairperson but got the information from Rojo Mettle Nunoo who rather spoke with the Chairperson of the EC.

Dr. Kpessah-Whyte added in his testimony that they left their laptops in the EC strong room and moved in one car to John Mahama only to return after 40 minutes to meet the strongroom deserted with the election results already declared.

“On the basis of this, when we were leaving the place, we left our laptops. We left in only one vehicle. I left my vehicle in the premises of the Electoral Commission. Why would we leave our laptops and our working tools in the place if we were actually not instructed to go?… Indeed, we returned to the place in about 45 minutes to 1 hour only to have the strong room completely deserted and everything packed out,” Kpessah-Whyte said.

Watch The Video Below: https://platform.twitter.com/embed/index.html?creatorScreenName=insight_trends&dnt=true&embedId=twitter-widget-0&frame=false&hideCard=false&hideThread=false&id=1356596981196587009&lang=en&origin=https%3A%2F%2Fmyinsighttrends.com%2F2021%2F02%2F03%2Felection-petition-our-story-isnt-fake-jean-mensa-tricked-us-into-leaving-strong-room-kpessah-whyte%2F&siteScreenName=insight_trends&theme=light&widgetsVersion=ed20a2b%3A1601588405575&width=550px