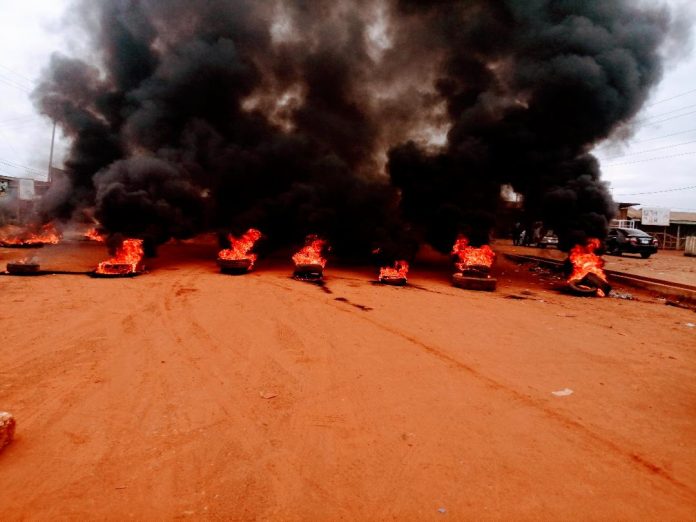 Some Residents of Santeo, a community in the Kpone-Katamanso Municipality in the Greater Accra Region, on Monday demonstrated what they said is the neglect of road networks within the community.

The residents who chanted war songs blocked some portions of the main Santeo road amidst the burning of tires to register their displeasure, and carrying placards some with the inscription: “Roads have no political color”, “We need pipe-borne water”. 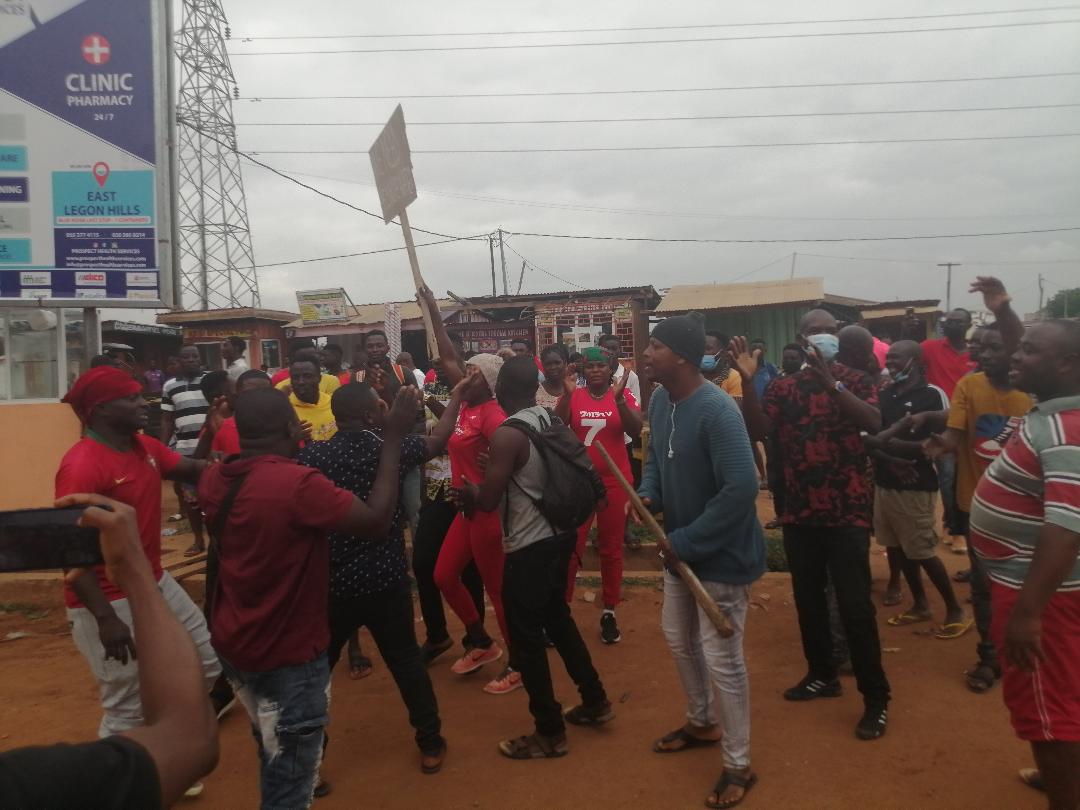 Mr. Samuel Abbrey Assembly Member for the area stated that the deplorable nature of the road was affecting every activity in Santeo and explained that all efforts to get the authorities to fix the roads had proven futile.

The assembly member noted that criminals had taken over the community and were attacking residents who were going about their normal duties.

Mr. Abbrey claimed that the situation had overwhelmed the police as they were unable to respond promptly to calls when criminals attacked innocent citizens, sometimes attributed to the bad road. 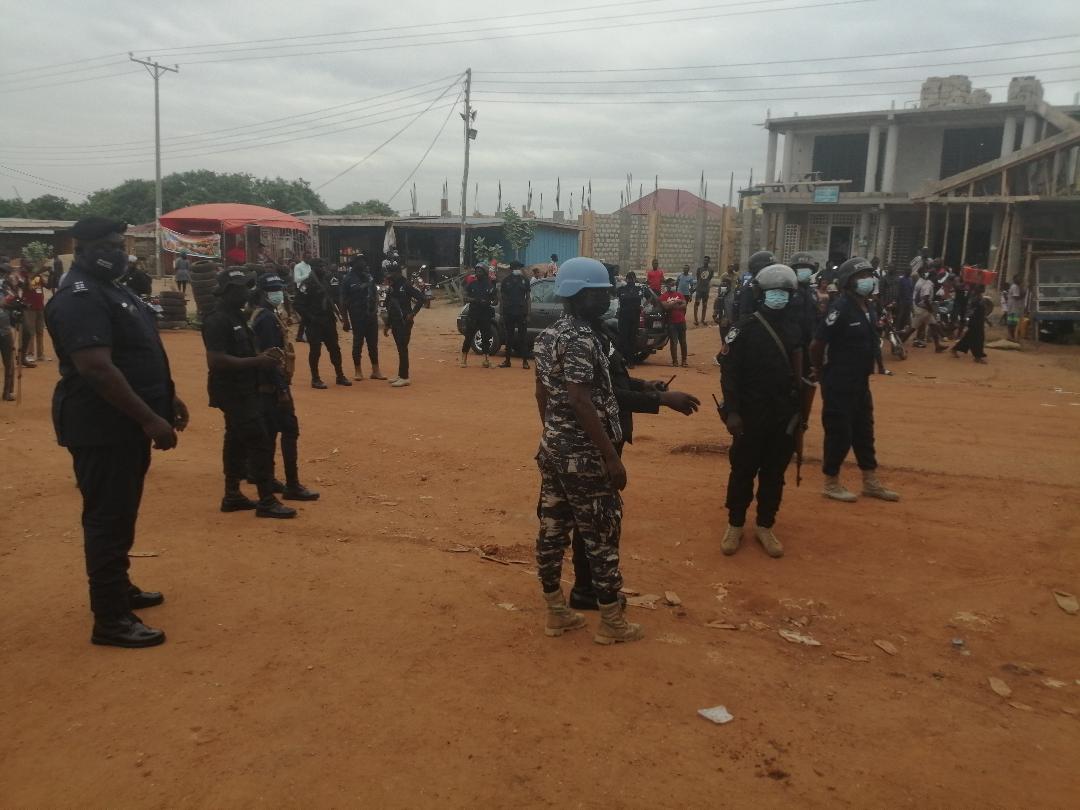 According to the Assembly Member, it was time the government gave Santeo their share of the year of roads package.

Mrs. Mary Asare a trader in the community also noted that the poor road network had affected market women negatively and explained that traders would have to pay higher transport fares due to the bad state of the roads.

She added that good roads would open up the community for commercial activities; ‘We need our roads fixed and that is all we are asking from government”.

Meanwhile, security personnel was at the post to ensure that the demonstration did not degenerate into the destruction of property and also ensured that innocent people were not put at risk.