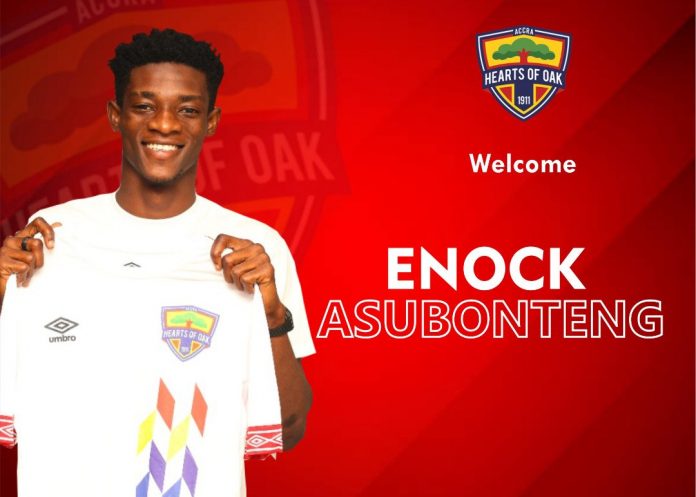 Awako is certainly the most experienced among these players and had a stellar outing with Accra Great Olympics in the 2020/21 Ghana Premier League (GPL) season scoring seven goals in 31 appearances.

The 30-year-old has vast experience in the topmost continental club football showpiece having won the trophy with TP Mazembe in 2015 as well as the CAF Confederations Cup.

Asuboteng on the other hand was a rock in the heart of midfield for Academy Boys, WAFA and was on the radar of some top European clubs but Hearts were able to snatch the signature of the 20-year-old.

The wonder-kid netted six goals for the Sogakope based side and was one of the outstanding young players in the just ended the GPL.

Adams, a 19-year-old midfielder from Division One league side New Edubiase and is among one of the top rated youngsters on the local scene.

He was part of the Ghana squad that won the 2021 WAFU tournament that was held in Benin.

Lastly, Seidu a former WAFA youngster is also one of the top-rated youngsters in the country having attracted interest from European clubs including Genk, Anderlecht, among others.

He was part of the Phar Rangers team that withdrew from the Divsion One League having also featured for Tema United.