Fuel price hikes will continue; government has no plans to address it – IES 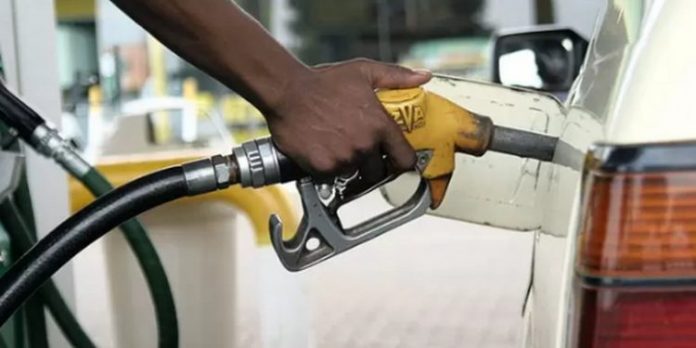 The Institute for Energy Security (IES) is the worried government may not have an immediate solution to the consistently rising fuel prices at the pump.

The prices have been on a steady rise since April 2021 leading to complaints about hardships from Ghanaians.

Currently, a litre of petrol and diesel is selling at GH¢6.80 at the various filling stations.  The opposition National Democratic Congress (NDC) has accused the government of insensitivity as a result.

The government subsequently promised the removal of the Price Stabilization and Recovery Levies (PRSL) component of fuel prices for only two months.

But Executive Director of the IES, Nana Amoasi VII, fears the government’s approach is a knee-jerk one.

“If care is not taken, we will see this price surging on the market consistently. You will ask how the government will negotiate to solve the situation, but unfortunately, where the government sits today, it will be able to reduce these taxes by more than 10 percent and the approach the government has taken, we call it knee-jerk because it is not sustainable.”

“There are other things the government must do to ensure that fuel prices remain stable. You can take away all the taxes, but trust me because we have mechanisms that have broken down, we will still come to the same GH¢6.80 per litre in less than six months because we have become price takers”, he emphasized.

The National Petroleum Authority (NPA) has disclosed that President Akufo-Addo had approved the removal of the PRSL on petrol, diesel, and LPG for two months.

It explained that the approval followed its advice to the Energy Minister for the government’s intervention to mitigate the impact of rising prices of petroleum products on the world market on consumers.

However, the much-anticipated suspension of the levy in the price build-up of fuel at the pumps is yet to take effect even as the second pricing window commences because Parliament is yet to give the NPA the approval needed to scrap the levy.

The National Democratic Congress (NDC) feels the Nana Akufo-Addo government does not care about the plight of Ghanaians in the wake of a surge in prices of petroleum products.

Sammy Gyamfi, Communications Officer of the party at a media engagement, attributed the prevailing hardships to “callousness and insensitivity on the part of the NPP government”.

He said the increases were the result of the introduction of a raft of taxes targeted at shoring up the government’s finances and the depreciation in the value of the cedi.

Mr. Gyamfi noted that the fuel price increments mirrored increments in the prices of several items on the market, and wondered what had become of the promise by the NPP to move from taxation to production?

He said the economy was in shambles despite the “availability of an unprecedented inflow of resources” and charged the government to “sit up and stabilize the Ghana cedi through prudent economic management to stabilize fuel prices”.

“Permit me to state from the word go, that the Akufo-Addo/Bawumia-NPP government has shown itself to be callous and does not appear a give a hoot about the plight of Ghanaians. Otherwise, what can be the justification for the rampant and persistent increases in fuel prices we are witnessing in Ghana today?”

This the party suggested could be done by the government by scrapping some of the taxes slapped on petroleum products.