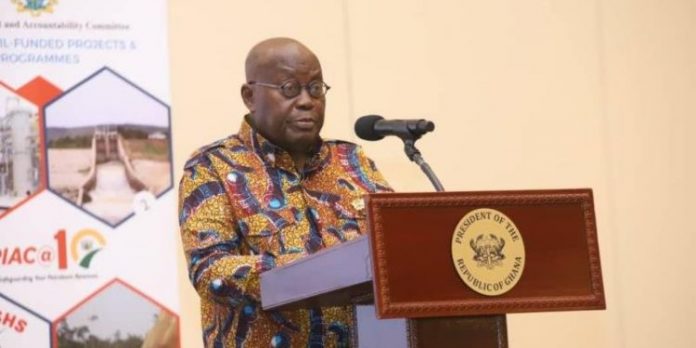 The President, Nana Addo Dankwa Akufo-Addo has said he is 100% committed to delivering on his promise to construct an airport at Cape Coast in the Central Region.

The New Patriotic Party (NPP) in the build-up to the 2020 general elections promised to construct an airport in the region to enhance transportation.

Vice President, Dr. Mahamudu Bawumia, made the announcement when he outlined excerpts of the NPP’s manifesto for the 2020 polls.

Addressing party faithful on Saturday, August 22, 2020, in Cape Coast, Dr. Bawumia described the projects as ‘critical’ in boosting tourism and development in the Central Region.

“We will accelerate our investments in roads, railways, and ports. And for the people of Cape Coast, I have good news for you. We are building a new harbor in Cape Coast and a new airport in Cape Coast. It is very critical that we do that.”

“An airport makes a lot of sense in Cape Coast. It’s a real tourism hub. Between Greater Accra and Kumasi and Cape Coast, you have a triangle that is really a hub of economic activities. It is a major growth pole If we put an airport there to drive infrastructural growth”, he promised.

However, almost a year into the second term of President Akufo-Addo, very little has been heard of the promise.

But speaking on a local radio station, President Akufo-Addo said feasibility studies have been carried out for work to begin.

According to him, just as some regions have benefited from the promise, he will ensure that Central Region is not left out.

“The commitment to build the Cape Coast Airport is 100% and work is ongoing on it and I think very soon, just as we have seen in Wa, Ho and Sunyani, Cape Coast will also get its own airport.”