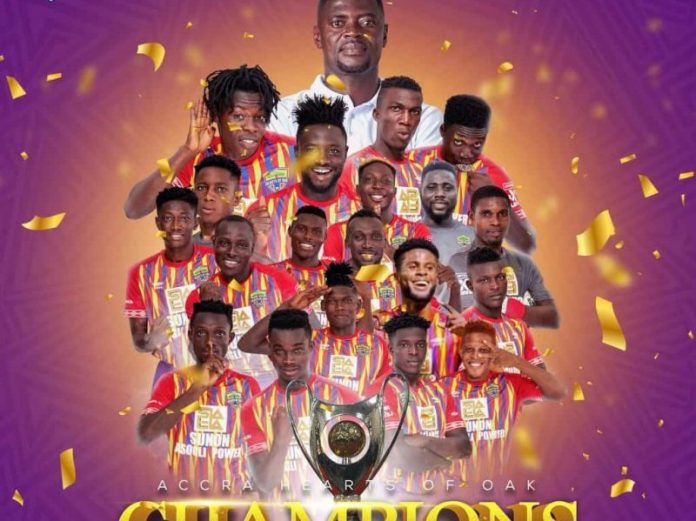 The Ghana League Clubs Association has congratulated Hearts of Oak for winning the Premier League title in 11-years.

The Phobians ended their long wait for an elusive title after drawing 1-1 with Liberty Professional in Accra.

Hearts needed to beat Liberty to clinch the title regardless of the result in Behem, however, Kotoko’s defeat meant there was no way back for the Reds. 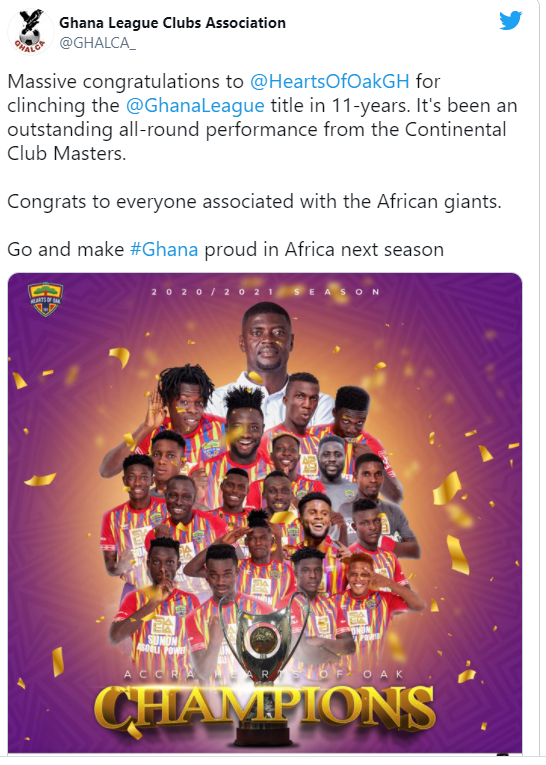 Right at the final whistle in Accra, fans greeted the team in jubilations and overwhelming excitement.

Thousands of fans were at the Accra Sports Stadium to cheer their club on as they ended the 11 year wait of the Ghana Premier League title.

The fans sang, danced and celebrated the victory cladded in the colours of Hearts of Oak, with some sharing tears of joy as they witness the momentous occasion once again.

Hearts of Oak last won the Ghana Premier League in the 2008/09 season, led by Serbian trainer Kosta Papic, who had a brief reunion with the club this season.

The victory means the 2000 CAF Champions League winner will be making a return to Africa’s most pretigious club competition for the first time in a decade.

The  Ghanaian giants last success on the continent was winning the CAF Confederation Cup in 2004, the first club to win the second tier club competition on the continent. They beat rivals Asante Kotoko on penalties to win the trophy.