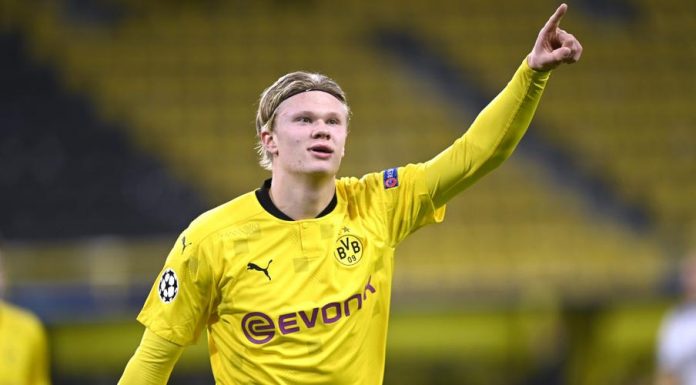 Borussia Dortmund striker Erling Haaland has impressed with his stunning start to the season but the Norway international still has room for improvement, coach Marco Rose said.

Haaland, who has become one of Dortmund’s top players since joining RB Salzburg in 2020, has eight goals and four assists in six games in all competitions this season.

Rose said Haaland knows he can get better and that the 21-year-old is already working on it.

“He’s an excellent player, we all know that,” Rose said before Wednesday’s Champions League match against Besiktas. “A player who knows he still has potential for development.

“In terms of heading, he showed at the weekend at (Bayer) Leverkusen that he’s working on that too and scored a beautiful header.

“I think he’s a young player who can, of course, still gain experience at the absolute top level, who has to learn to deal with resistance with certain things.”

Dortmund is third in the Bundesliga on nine points after four matches, three points behind leaders Wolfsburg.