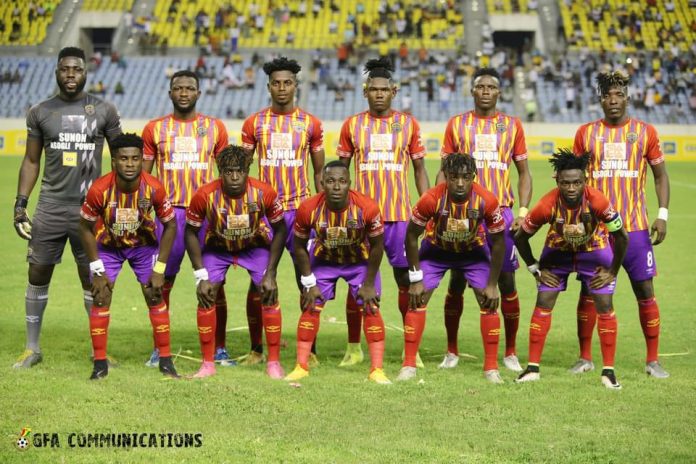 Hearts of Oak set up an all Premier League MTN FA Cup final as goals from Benjamin Afutu Kotey, Isaac Mensah, and Daniel Barnieh saw them beat Medeama SC 3-0 in a dominant display on Sunday to seal a well-deserved win at the Cape Coast stadium.

The ten-time champions will now face the Miners in the final after the latter beat Berekum Chelsea 4-1 in the other semi-final clash.

Midfielder Benjamin Afutu opened the scoring with a towering header after connecting a cross from Isaac Mensah inside 12 minutes. 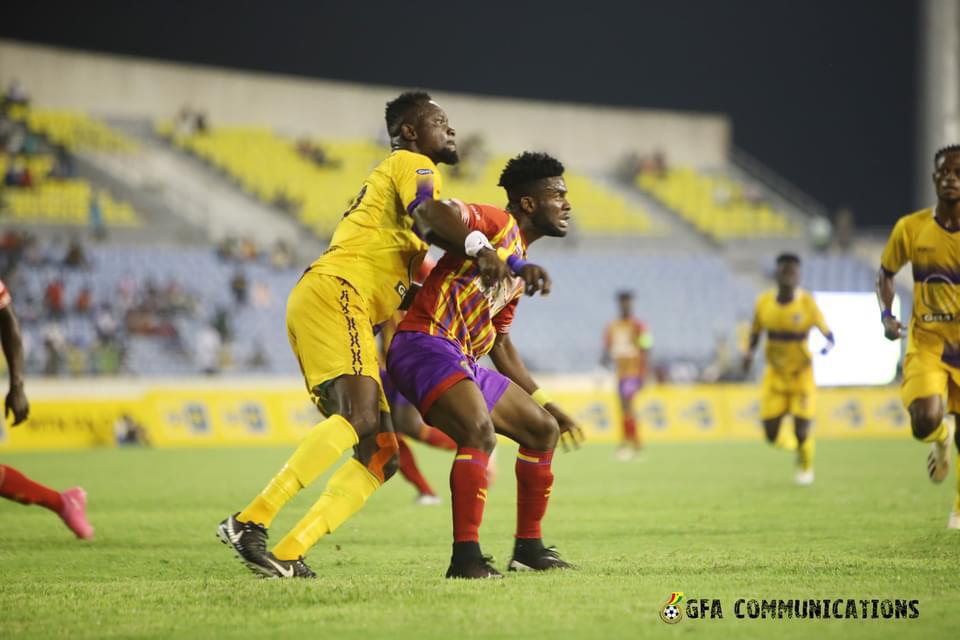 Isaac Mensah later added the second before Daniel Barnieh converted from the spot to seal the win.

Medeama looked good on the night but were let down by their profligacy in front of goal.

The mauve and yellows gifted Hearts of Oak the second in the 60th minute following a goalkeeping howler by Frank Boateng.

The Medeama No.1 ended up failing to clear his lines after the ball had bounced on the turf and veered pass him onto the path of Mensah who had the easiest task of tapping it into the net. 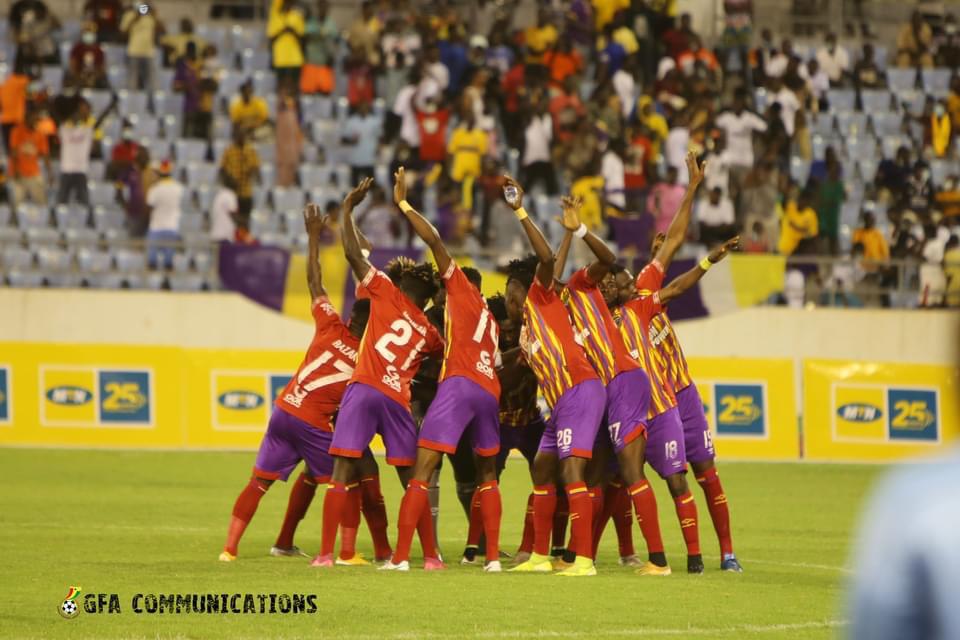 Hearts of Oak were awarded a penalty in the 73rd minute when Frank Boateng fouled Daniel Barnieh in the box.

Daniel Barnieh had to take the kick twice after Boateng saved his first kick. The Medeama shot-stopper was seen to have moved before the kick. Barnieh kept his composure and this time sent the goalkeeper the wrong way to make it three-nil.

Hearts of Oak kept pushing for more goals but Medeama repelled the onslaught and defended well to avoid an embarrassing defeat.

Accra Hearts of Oak – 10time winners of the competition will face 1993 champions AshantiGold in the final at the Accra Sports stadium on Sunday.