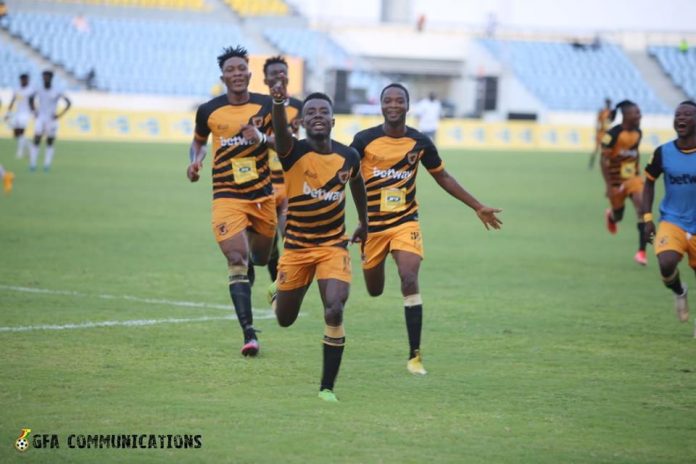 AshantiGold SC smashed Berekum Chelsea 4-1 in 120 minutes to qualify to the final of the 2020/21 MTN FA Cup at the Cape Coast stadium on Sunday.

The former champions whose recent appearance in the final of the Cup competition ended painfully in a 1-0 loss to New Edubiase United in 2012 will be aiming for their second MTN FA Cup trophy.

Substitute Stephen Sarfo took only two minutes to announce his presence on the pitch after scoring to cancel Eric Esso’s first-half free-kick before Seth Osei put the icing on the cake three minutes from time to seal victory for the Miners.

AshantiGold SC was the better side in most stages of the game and jumped into the lead through Eric Esso. The brilliant midfielder curled a superb free-kick into the roof of the net for the opener with Berekum Chelsea goalkeeper Sammy Adjei completely beaten.

Six minutes into the second half, substitute Stephen Sarfo leveled for Berekum Chelsea after a beautiful control in the box. Goalkeeper Kofi Mensah miscalculated his run and allowed the experienced attacker to slot home for the equalizer.

The two sides played some delightful football much to the pleasure of the spectators in the stands with Berekum Chelsea showing intent and hunger for the second goal- but after a series of exchanges, the referee blew his whistle to bring the game to a close.

Two minutes into extra-time, Amos Nkrumah powerfully struck a rocket into the roof of the net from 25 yards – after going round the Berekum Chelsea defense. 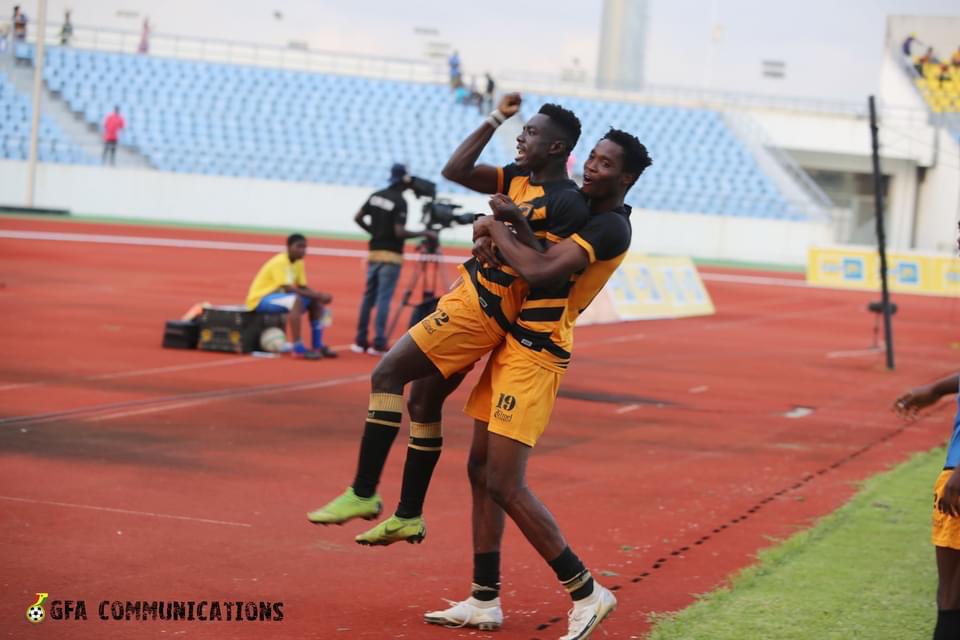 The Blues were reduced to ten men after Benjamin Baidoo was sent off after receiving a second yellow card following a push on Mark Agyekum.

Amos Addai increased the tally for AshantiGold SC after rounding up goalkeeper Sammy Adjei before firing home the third.

With three minutes left on the clock, Seth Osei scored the fourth goal for AshantiGold SC to round things up – as the Miners go through to the final of the Cup competition.

They will play the winner of the match between Accra Hearts of Oak and Medeama SC on Sunday, August 08, 2021, at the Accra Sports stadium.