I do believe in myself, Solskjaer says after thrashing 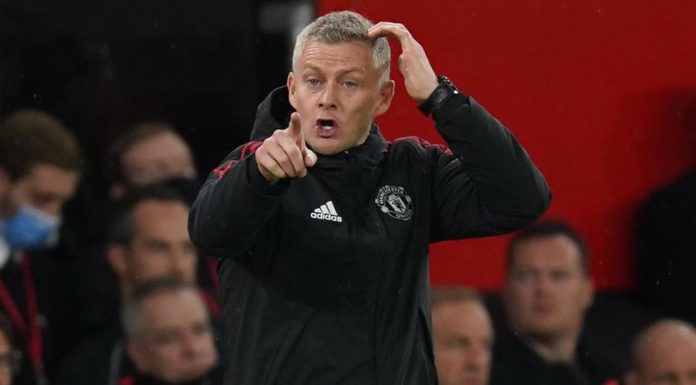 Manchester United manager Ole Gunnar Solskjaer played down suggestions he will step down from his role after Sunday’s 5-0 defeat by Liverpool in the English Premier League.

Mohamed Salah scored a hat-trick at Old Trafford as United slipped to seventh on the league table, stretching their winless run in the league to four matches.

Solskjaer’s position has come under more scrutiny after Sunday’s defeat but the Norwegian vowed to stay and fight for his job.

“I do believe in myself,” Solskjaer told reporters. “I do believe that I’m getting close to what I want with the club. I think what we’ve done, what I’ve seen, the development.

“Of course, the results lately haven’t been good enough, I have to say, and that’s… hands up. And that brings doubt in anyone’s mind, probably. But I’ve got to keep strong and I do believe in what we’ve been doing.”

Solskjaer, who was named United’s permanent manager in March 2019, has yet to win a trophy with the club.

United are eight points behind league leaders Chelsea and play away to Tottenham Hotspur in the league on Saturday before travelling to Italy three days later to face Atalanta in the Champions League group stage.

“Today’s rock bottom, low in confidence,” Solskjaer added. “But, you know, the next week it’s Tottenham away. It’s a Champions League game, Atalanta, the next team who visits us is Manchester City.