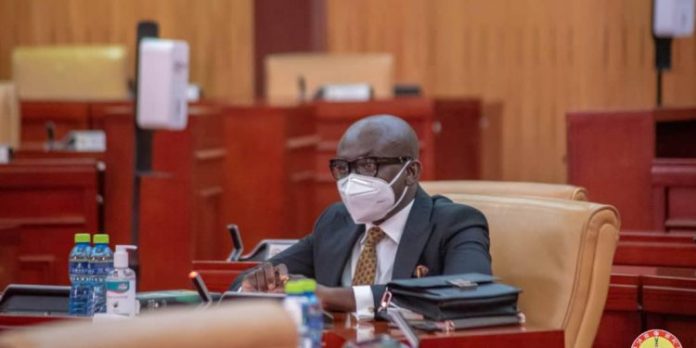 The Attorney General, Godfred Yeboah Dame says the Criminal Investigations Department of the Ghana Police Service is yet to furnish his office with the docket on the killing of a private investigator with Tiger Eye PI, Ahmed Suale, for prosecution.

According to him, his formal knowledge of the long-standing case is limited to a report he received from the outgoing Inspector General of Police, James Oppong-Boanuh after the latter paid a courtesy call on him some months ago.

Briefing Parliament on the status of the Ahmed Suale case as well as other high-profile homicide cases, Mr. Dame said Suale’s case is still being investigated.

“This is a matter being investigated by CID of the Ghana Police Service. Indeed, no docket has been built and presented to the office of Attorney General for prosecution since the deceased was killed on 6th January 2019,” he said.

The Attorney General added that four suspects who were arrested upon intelligence have been granted police inquiry bail after key eyewitnesses could not identify them.

He said at the moment, a team from the homicide and cybercrime unit of the Ghana Police Service is analyzing tons of data experts from the US retrieved from Ahmed Suale’s mobile phones.

“The four suspects [earlier arrested] were taken through investigation processes, but the eyewitnesses could not identify them. The police subsequently granted the suspects a police inquiry bill. Statements were taken from certain citizens of the country, who all denied any involvement in the crime. The mobile phones of the deceased person were sent to America for unlocking and extraction of information by information technology experts in that country… Huge volumes of data comprising millions of documents, videos, audio, texts, and WhatsApp messages are being analyzed by a team from the homicide and cybercrime units and investigation into the matter continues,” he said.