‘It wasn’t the best performance’ – Akonnor reveals despite beating Sudan 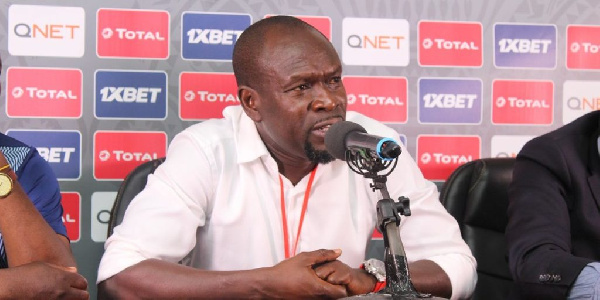 Ghana coach CK Akonnor admitted his team was not at its best despite securing a 2-0 triumph over Sudan in the 2022 Africa Cup of Nations qualifiers on Thursday.

Swansea City attacker Andre Ayew scored a goal in each half to ensure his side picked up all three points in the Group C match week three encounter at Cape Coast.

The victory has put leaders Ghana on the verge of registering a 23rd appearance at the continental showpiece.

“It wasn’t the best performance but I am very happy for what we have produced today,” Akonnor said after the game, as reported by the Ghana Football Association (GFA) on Twitter.

“We kept a clean sheet and that’s the most important thing. We are expecting some players tonight who will join us for the return leg in Sudan.

“I feel good, I am grateful to the players for showing a lot of commitment. The preparation was a difficult situation but in the end, we won and it feels good.

“As at yesterday before we had a full house. Putting the players together was not easy. As we said earlier, Covid-19 has made things extremely difficult but the win answers all the questions.

“There are a number of positives to pick from the game. A player like [Asante Kotoko’s Christoper] Nettey played [for Ghana] for the first time and he did well. All he needs is another chance.”

Ayew opened the scoring in the 19th minute, curling home a free-kick.

Nine minutes prior to full-time, the 30-year-old roared one more time, this time around driving towards the box from the right, beating two men and hitting a sweet shot beyond goalkeeper Ali Abdullah Abu-Eshrein.

It could have been a treble of goals for the captain had Senegalese referee Maguette N’Diaye not disallowed a header in first-half injury-time for a perceived foul on the Sudanese shot-stopper.

The match was Akonnor’s first competitive game in charge of the Black Stars since replacing James Kwasi Appiah in January.

Last month, he supervised his first games in what ended in a 3-0 loss to Mali and a 5-1 victory over Asian champions and 2022 World Cup hosts Qatar in friendly fixtures.

The coach’s next assignment comes on Tuesday when Ghana face Sudan away on match week four of the qualifiers.