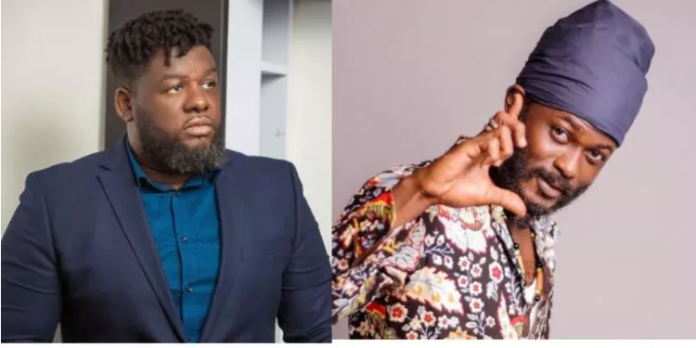 Speaking about ungrateful artists, Bullgod has revealed that Iwan did not sign any contract with his management. And that is why the issue of renegotiation was pointless because there was nothing to reconsult.

Lawrence Nana Asiamah Hanson, nicknamed Bullgod, explained the circumstances surrounding the feud between himself and Iwan to MzGee on Simply Showbiz. The artist (Iwan) and the label (BullHause) did not sign a contract when Iwan was with them.

According to Bullgod, when Iwan asked for renegotiation, the label was yet to recover its investment. He said they spent a lot of money to match Iwan to Samini and said Iwan was their biggest investment.
Bullgod further explained that Iwan was in the know of all the collective decisions. So there was confusion when he came asking for more when he hadn’t even signed the contract.