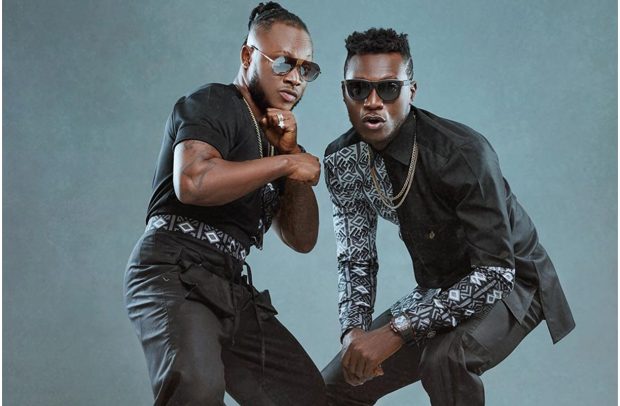 ‘No Dulling’ produced by WillisBeatz and its video directed by Xpress Films has received a lot of airplay since its release in 2020 amid the pandemic.

The song won Best Hiplife Song and the Group of the Year award at the 22nd edition of Vodafone Ghana Music Awards (VGMAs) held at the Grand Arena, Accra International Conference Centre (AICC) on Saturday, June 26, 2021.

In an interview with BEATWAVES, members of the group expressed appreciation to their fans for the support since their breakthrough in 2004.

“It’s a great feeling to be honoured for what you love to do, we are very grateful to our fans who always stream our songs online at the various musical platforms, we say thank you very much. We are also urging the fans to vote massively for us to win the Hiplife Song of the Year at 2021 GMA-UK Awards,” they stated.

The hiplife music group is made up of Joshua Kojo Amoah and Andrew Kofi Cudjoe.

The group became very active in the year 2004 and 2005 and had recorded countless “demos” and mixtapes in studios like One Blaze and Dons Mic, all in the Tema Metropolis.

They are known for the songs ‘Sokode’, ‘Aluguntugui’, ‘Diabetes’, ‘Pressure’, amongst others.

In 2011, the duo was recognised as a Global Ambassador for Peace by the then Liberia’s President, her Excellency Ellen Johnson Sirleaf.

Following that, the group also performed at the UN Peace Concert in Monrovia, Liberia, in 2014 which gave the group recognition across Africa.

In 2019, the group signed a record deal with Gem Rhythms, a subsidiary of Gem Multimedia.