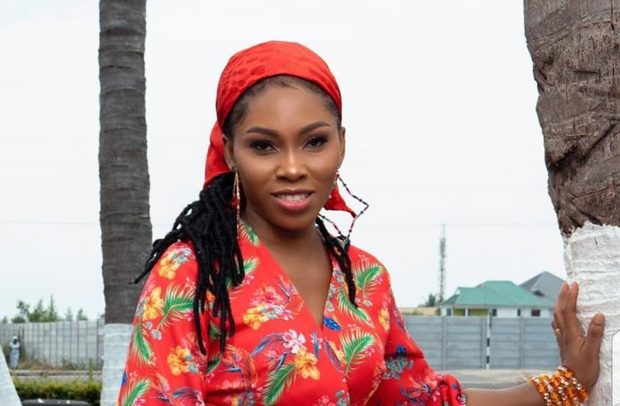 Lizzy Ntiamoah, who released her last album in 2010, officially dropped the new single produced by Shadrach Yawson and video directed by Skywed to announce her presence in the local music scene again.

The new song depicts the power of God and praises God for his supremacy for being the Lion of Judah, which translates as ‘Judah Mu Gyata’ in the Akan language.

Speaking in an interview on Daybreak Hitz on Hitz FM monitored by BEATWAVES, the singer stated that her new release seeks to encourage Ghanaians to stand firm in all the challenges they may face in life, saying, “God works in mysterious ways and he is the Lion of Judah (Judah Mu Gyata).”

She also said she had to take a long hiatus to focus on her banking career and family but she is back for good, hence her latest single, and urged Ghanaians to stream the song on all musical platforms.

Spanning about two decades, she has been a lead singer in her church, Victory Bible Church International at Awoshie.

Her service and song ministration in the church has gone a long way to help her groom her craft in music as one of the finest gospel voices in the country.

Lizzy Ntiamoah is a graduate of Regent University of Science and Technology where she pursued Banking and Finance after completing Trans Africa College.

The young gospel musician writes her songs and is very determined and committed to promoting God’s work with the power of her voice.